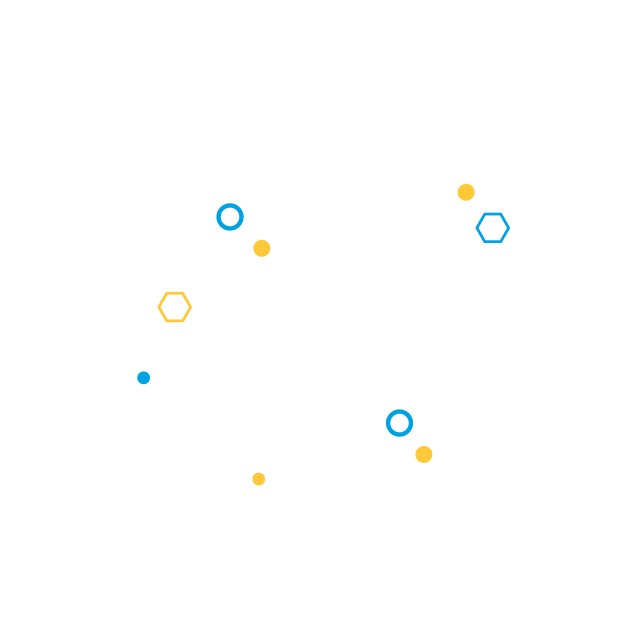 “IF YOU ARE A COVERED ENTITY, ARE TRADING COVERED TRANSACTIONS WITH ANOTHER COVERED ENTITY AND BREACH THE APPLICABLE THRESHOLD, THEN IT IS LIKELY YOU WILL BE CAPTURED BY IM REGULATIONS.”

The Initial Margin (IM) rules1 have been operational since 2016 on a phased-in basis, requiring “covered” counterparties to exchange IM when entering into “covered” OTC derivative transactions with another “covered” entity. The applicability to a counterparty pair is based on the size of their derivative portfolio. When calculating that size, foreign exchange transactions are included in the calculation even though initial margin is not posted on such trades.

IM is the amount of eligible collateral, e.g. government bonds, required to be posted and collected between covered entities to mitigate against credit risk driven by potential future exposure arising from changes in the value of the OTC derivatives.

There is a Threshold applicable before IM needs to be posted but that Threshold has to be shared between pairings of multiple group companies of both your bank counterparty and yourself (if applicable).

Whilst the Basel Committee and Banking Supervision (BCBS) and the International Organisation of Securities Commissions (IOSCO) published the initial framework in 2013 and an update in 2015, countries quickly adopted and finalized rules for their own jurisdictions, e.g. the US, Europe, Canada, Japan, Switzerland, Singapore, Australia, Hong Kong and South Korea. The rule sets of the different jurisdictions may vary in terms of the definition of “covered entity”, “covered transactions” and the IM Thresholds.

The implementation of IM is reaching the final phases 4 and 5 in the coming years, which is expected to capture substantially more entities as compared to prior phases. The experience of entities captured in prior phases highlight a need for planning and preparation, given execution lead times and resources to put in place contracts and processes with relevant counterparties and custodians to align with the IM requirements. This article highlights some of the major IM requirements and implementation considerations.

Generally, financial firms and systemically important non-financial firms are considered “covered entities”. However, the different jurisdictional rule sets could result in counterparties meeting the definition of covered entity in some jurisdictions, but not others. As Variation Margin (VM) rules have already been in place for all affected counterparties across rule sets, the classification should already be understood for each counterparty that will be potentially caught for IM since 2016.

IM derivative exposure size: Counterparty capture for exchange of IM is determined by the amount of gross notional OTC derivative trades that the counterparty and its group of entities has outstanding. When a counterparty breaches the applicable threshold, and its counterparty has also breached the threshold, IM will be required to be exchanged within the guidelines of the regulation.

Only trades booked on, or after compliance dates, are mandated for regulatory margining.
Physically settled foreign exchange is excluded but NDFs are included. Other OTC products are all included.

The IM rules phase-in commenced in Sep-2016, with additional counterparties required to comply each year until 2020 based on a sliding IM threshold scale. If a counterparty satisfies the rules after 2020 for IM then they would have to self-declare and implement IM for September 1 commencement that year. There are two remaining phases globally for initial margin rule capture, phase 4 and phase 5. From phase 1 to 4, the threshold has decreased at a steady rate, but for phase 5 the threshold reduces significantly. 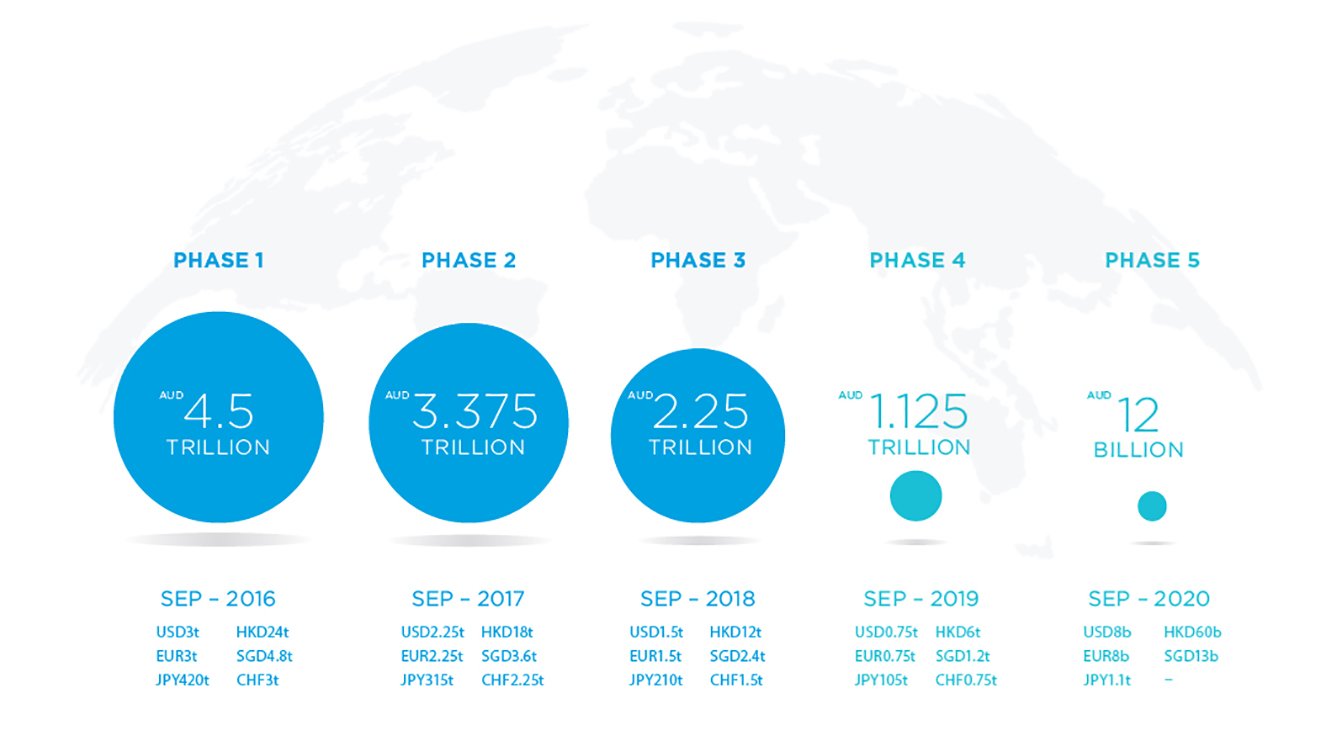 “IT IS EXPECTED THAT THE NUMBER OF COUNTERPARTIES CAUGHT BY THE IMPLEMENTATION OF PHASE 5 WILL BE MATERIALLY HIGHER THAN ANY PREVIOUS PHASE, POTENTIALLY PUTTING A STRAIN ON RESOURCES AND SYSTEMS IN THE MARKET.”

Captured entities will need to be fully compliant with the margin rules sets applicable to them. Primarily this involves: 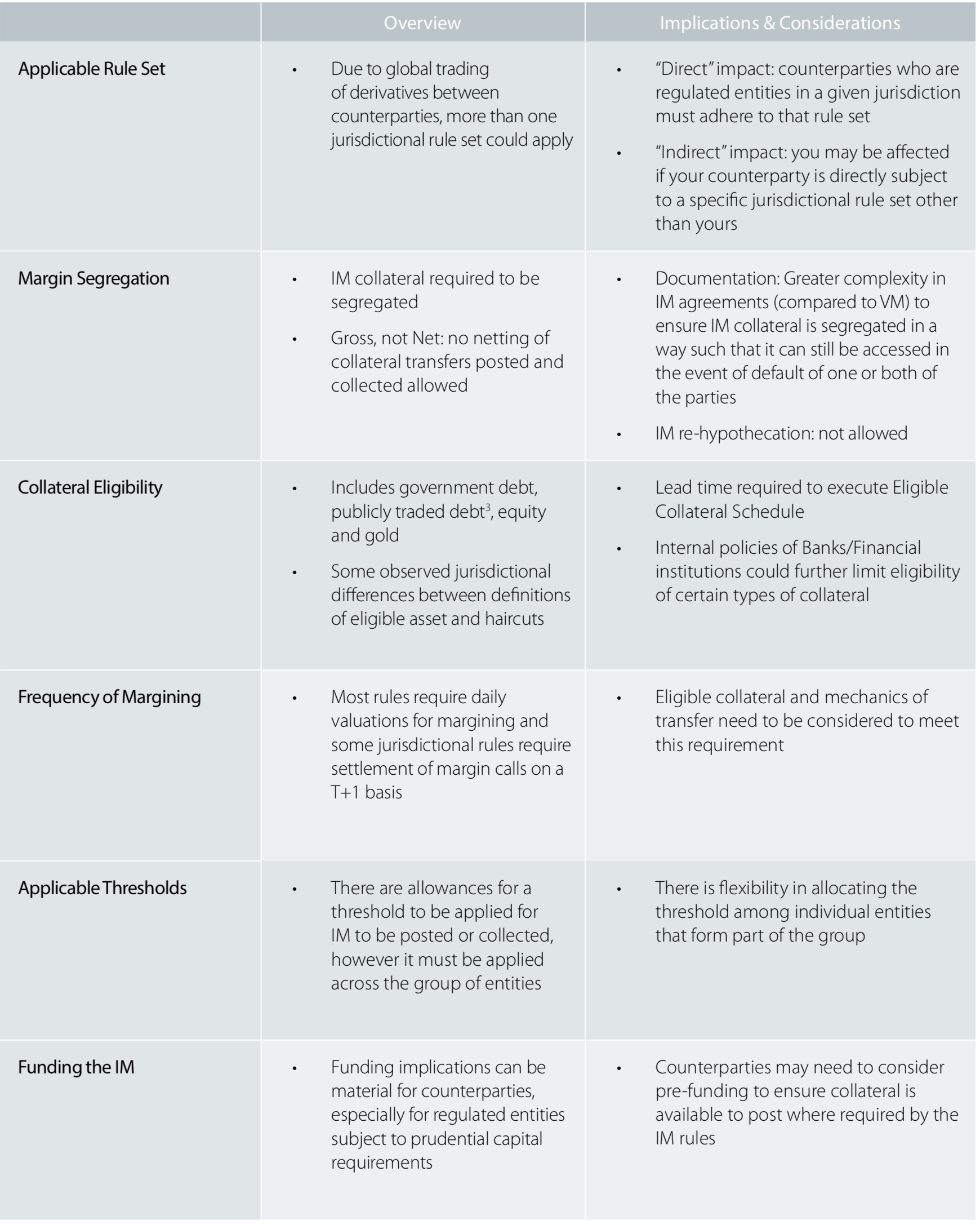 WHERE TO FROM HERE?

Implementation of the IM rules can be complex for financial firms with multi-geographic footprints due to potential requirement to comply with multiple jurisdictional rule sets. Further, negotiation and execution of relevant contracts to satisfy your as well as your counterparties’ requirements may require significant time, effort and human resources.

ANZ will be performing an outreach exercise to engage counterparties that are already captured for VM if they envisage being captured in either phase 4 or phase 5 or not at all for IM. ANZ can leverage the experience gained from having been a covered entity since September 2017 to support our clients and counterparties that expect to be captured under phases 4 and 5 of the IM regulations.

“WE ARE SEEING INCREASED DEMAND FOR SOLUTIONS FROM CLIENTS WHO ARE LOOKING TO MANAGE AND OPTIMISE THEIR COLLATERAL FOR MARGINING. ONE SUCH OPTION COULD BE WHERE WE PROVIDE COLLATERAL SWITCHES FOR CLIENTS THROUGH ANZ’S GLOBAL REPO DESK. WE EXPECT DEMAND FOR SUCH PRODUCTS WILL INCREASE AS MORE COUNTERPARTIES BECOME SUBJECT TO IM REQUIREMENTS”

If you have any specific questions on the IM regulations and how it could impact you, kindly reach out to regulatorymargin@anz.com.