Strength in (the) numbers 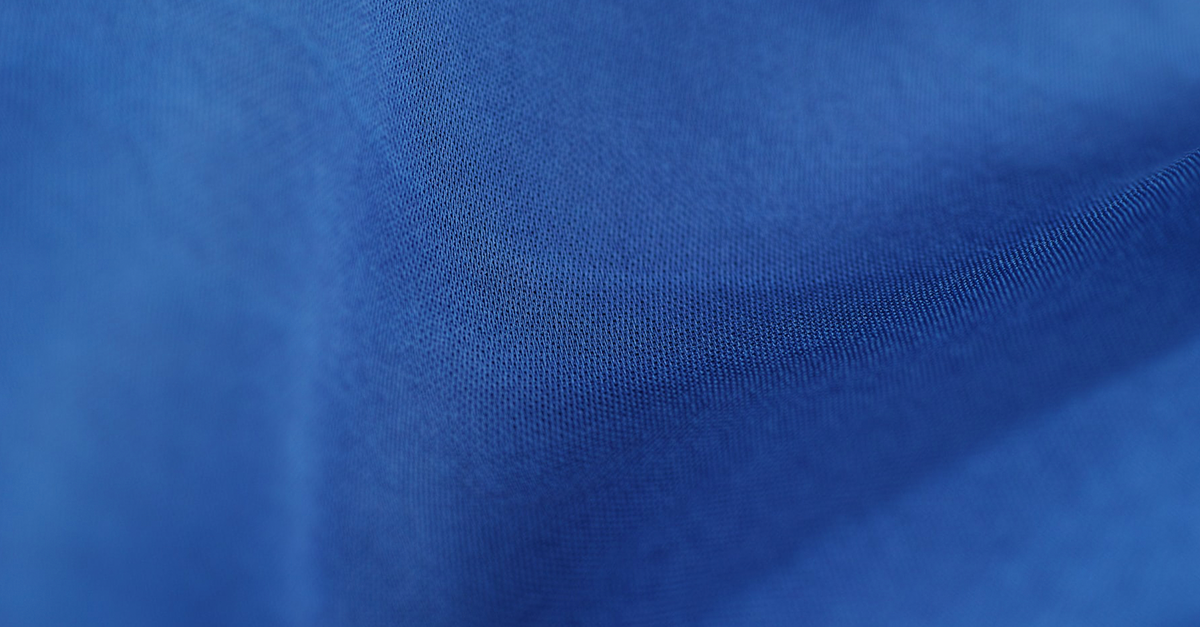 A much stronger economic outlook for Australia is likely to see a sharp improvement in the fiscal position in the 2021-22 Australian Federal budget.

ANZ Research expects the deficit to be somewhere around $A40 billion lower in 2021-22 compared with the Mid-Year Economic and Fiscal Outlook (MYEFO) and about $A130 billion lower over the four years from 2020-21.

Policy movements will moderate the scale of the improvement. ANZ Research expects the Australian Federal Government to spend more and cut taxes, with the budget including new policy decisions worth around $A10 billion in 2021-22 and around $A40 billion over the four years from 2020-21. 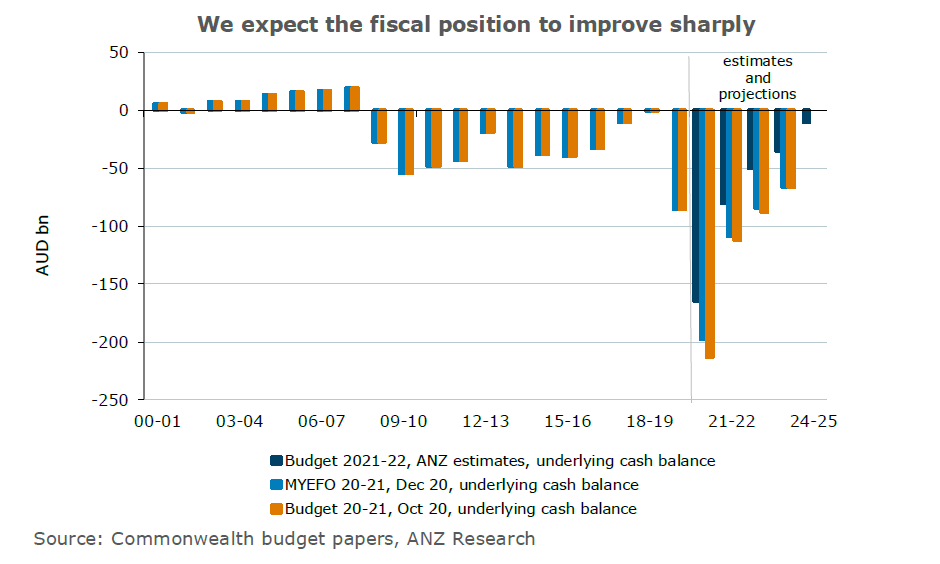 Though this spending will be dwarfed by improvements in the economic outlook, providing an expected improvement of about $A170 billion over the same time.

One meaningful policy decision is likely to be the extension of the low-and middle-income tax offset, which is currently set to expire in 2020-21. There will also be important spending announcements in areas such as aged care.

The net debt forecast is likely to reach about $A750 billion in 2021-22 or 37 per cent of gross domestic product, quite a bit lower than the 39.3 per cent estimated at MYEFO.

ANZ Research expects net debt to peak at around $A875 billion compared with the $A950 billion expected at the time of MYEFO. Though still quite a bit lower, this is easily a historic high.

The much-improved fiscal position is likely to mean debt issuance is commensurately lower.

The materially better-than-expected economic data since December’s MYEFO is likely to be the main driver of changes in the budget’s forecast fiscal position. The speed and degree of improvement was already evident between the October budget and MYEFO, with the underlying cash deficit from economic parameter variations shrinking by around $A36 billion. This was particularly notable given MYEFO came out only a couple of months after the budget, which was delayed by the pandemic.

Since MYEFO, Australia’s fiscal position has improved as the economy’s performance drove payments down and tax collections up. Based on the latest data, the deficit in 2020-21 is already $A23 billion smaller than the MYEFO forecast for the three months from December to February.

It seems inevitable the budget’s forecasts will be much better than the MYEFO’s, when the government was forecasting an unemployment rate of 7.25 per cent in June 2021, falling to 6.25 per cent by the end of 2021-22.

With the unemployment rate already at 5.6 per cent and the end of existing policy support unlikely to cause a sustained material rise, the budget is likely to include a much better labour market outlook.

This alone will materially lift the budget forecasts, as the labour market affects both unemployment benefits and individuals’ tax receipts (which is the largest revenue source).

It is worth noting that the budget is also likely to include stronger goods and services tax (GST) forecasts, given the strength of the economy. This can be seen in collections data, with GST receipts currently $A5.9 billion stronger than expected at MYEFO.

However, the net impact from this on the budget is neutral given the federal government pays GST to the states and territories. Nevertheless, this will be supportive for state/territory fiscal positions, which will also see significant upward revisions when they announce their 2021-22 budgets.

It’s unlikely, at this stage, delays in the COVID-19 vaccine rollout will cause material adjustments to the economic and fiscal forecasts. Despite significantly hitting some sectors and businesses, it probably won’t disrupt the overall economic recovery.

ANZ Research thinks the likely ‘big ticket’ items in the budget will be aged care and tax cuts. No doubt there will be targeted spending in other areas, but the government will likely want to show a solidly improving fiscal position over the forward estimates.

The most likely area to see a large policy announcement will be in personal tax, an important feature of this government’s fiscal policy. Though there are a range of options available, the most likely is a further extension of the low- and middle-income tax offset (LMITO), currently set to expire in 2020-21.

The offset was introduced in Stage 1 of the 2019-20 budget as part of the Personal Income Tax Plan and extended to include 2020-21 last year.

Depending on an individual’s income level, the offset is worth between $A255 and $A1,080. Treasury has previously estimated the policy costs more than $A7 billion per year. ANZ Research thinks it will likely be extended for only one year, but it is also possible it may become a permanent feature.

Healthcare is another area likely to see considerable expenditure. The government has announced an aged-care package worth more than $A10 billion over the next four years.

In addition, the further 20 million doses recently ordered of the Pfizer vaccine will cost over $A500 million. It also looks like there will be support provided for domestic companies for vaccine production to help combat future pandemics. And expect additional spending on mental health.

There is also likely to be a range of smaller policy announcements. Similar in size to policies like the clean-energy funding package, which will be a little over $A500 million over four years, and the tourism package, worth $A1.2 billion. Additional support for childcare is another target for more spending.

This story is an edited version of an ANZ Research note. You can read the original note HERE.

Data: the secure path to success