The future of APAC supply chains 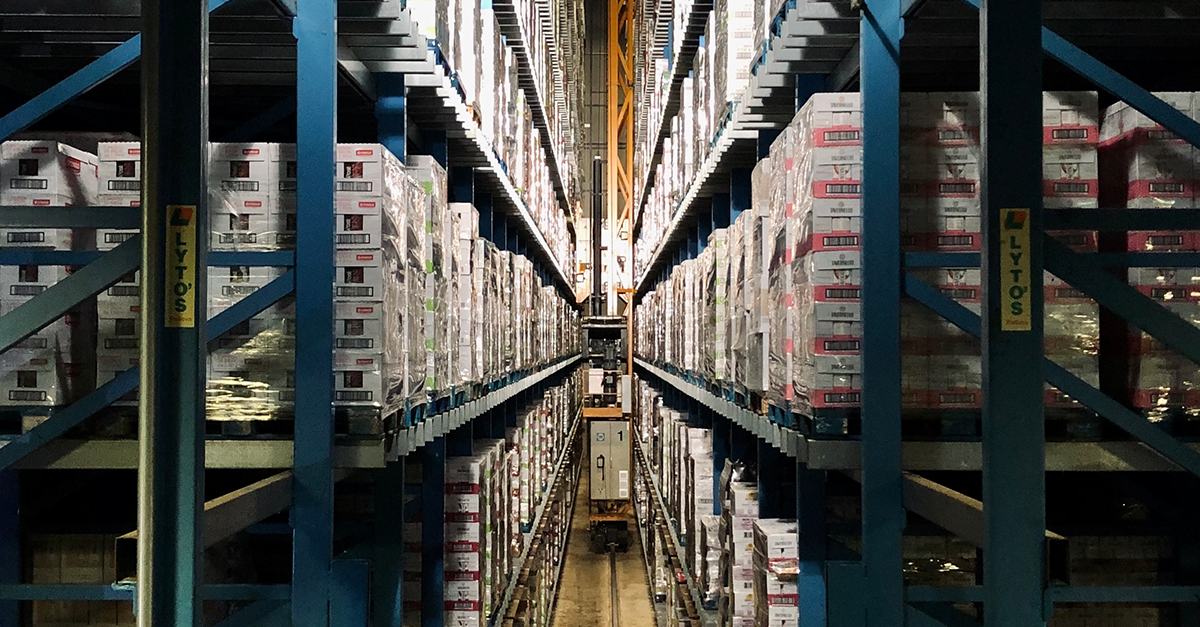 For businesses based in Australia and New Zealand operating across the Asia-Pacific, the COVID-19 pandemic rewrote the rules around cross-border supply chains – rules which were already in flux even before the transformative events of 2020.

“What we are seeing is customers contemplating where they manufacture or from where they source their goods,” Philippa Campbell, ANZ’s Head of Transaction Banking in Australia & PNG says. “They are looking at their cross-border operations and thinking about supply chains differently.”

“A lot of companies started thinking about this a number of years ago, really, when tensions were building between the US and China. COVID kind of added an additional complexity to the mix.”

According to geopolitical analyst Ian Bremmer, President and Founder of Eurasia Group and GZERO Media, those tensions will continue to play a role in shaping the post-pandemic trade landscape. This will lead to a divergence in fortunes for some industries, he says.

“I think that actually globalisation is going to be on very different tracks, depending on what sectors of the economy we are actually talking about” Bremmer told a recent ANZ virtual event.

“In the case of highest level and advanced technologies, globalisation is literally breaking. On the other hand, in five years’ time, if you go to a [supermarket], you're still going to buy a lot of goods that are made in China.”

Campbell says despite the ongoing change, there is an air of optimism around trade in the region - particularly out of Australia and NZ where “there are lots of opportunities at the moment”.

“Certainly in [ANZ’s] home markets, the economy has bounced back pretty strongly [after COVID-19],” she says. “There really is quite a lot of activity and appetite in the market at the moment that will help businesses grow.”

Bremmer says markets can expect geopolitical tensions to continue to influence trade, with the relationship between the superpowers at its “most dysfunctional” point in decades. “This crisis has not brought the countries of the world closer together,” he says.

The US and China’s economic relationship is very interdependent, according to Bremmer, but that won’t stop the US from taking stock of its position in select industries – potentially to great impact.

“There's a massive trade integration of China with the rest of the world,” he says. “Increasingly, you're going to find the United States decoupled – and on technology, in particular.”

“On top of that, you're going to see a supply chain shrinkage where the United States - with their ‘buy American’ rules they're making stronger - are going to say ‘why are we producing in China where labour rates are more expensive…? We should bring that back to the US’.”

Betty Wang, Senior China economist at ANZ, says supply chains shifting away from China are nothing new, with many countries across ASEAN benefitting from the shifts - particularly in manufacturing including footwear, textiles and electronics over the last six to seven years.

“That trend has gone on for some time, regardless of COVID, regardless of trade tensions,” she says. “What I can say is US and China tensions have accelerated some of the supply chain relocation, because businesses want to diversify their risk.”

The impact of US and China divisions is clearest around tech, Bremmer reiterates, is contrast to how the sector has developed in recent decades.

“To the extent there was a good story that underlined every piece of news we cared about globally in the last 50 years, it was driven by the fact people, ideas, capital and goods moved faster across borders all over the world,” he says. “When we started the Internet, it was the World Wide Web. [Businesses] just wanted direct access to consumers wherever they were.”

Inevitably this split will grow, Bremmer says, filtering down into lower levels of cross-border tech.

“I don't think that in five years’ time, [a big US company like] Tesla will be able to develop its electric battery technology, together with a Chinese company,” he says. “I just don't think the model is actually sustainable.”

China’s strength in the technology supply chain will not be going away, however, according to Wang.

“[There] has been speculation China's exports would contract because of [the COVID] shock but the reality is, if you look at China's exports for the past year, even during the pandemic, it has been very resilient,” she says. “This shows China's unique role in the global semiconductor supply chain, which is hardly about to be replaced by any country anytime soon.”

So what do the ongoing changes mean for markets like Australia and New Zealand, and for businesses based there which operate throughout APAC? For NZ, at least, the shifts in supply chain norms are significant – whether COVID related, geopolitically led or otherwise, ANZ’s NZ Chief Economist Sharon Zollner says.

“From a New Zealand perspective, we grow stuff and we put it on ships and we send it,” she says. “So freight disruptions are pretty meaningful.”

NZ has faced some recent COVID-related import disruptions as well, Zollner says, which has slowed down the county’s construction sector, among other things.

“I guess for [NZ], we're a little bit scared that globalisation will go backwards because we're at the corner of the globe,” she says.

Like NZ, Australia too faces challenges from shifting trade norms, according to ANZ’s Head of Australian Economics, David Plank – including from increasing sustainability expectations.

“Obviously, there are some industries and exports that might be challenged” he says. “Not so much from a pushback against globalisation, but possibly around the impact of climate change.”

Recent tensions between China and Australian has presented challenges, Plank says, although some key Australian commodities have been largely unaffected.

Bremmer sees this as a positive sign for the status quo around commodity trade and supply in Australia.

“[China] found for some of the stuff they really needed, just-in-time supply chains for commodities actually is a very efficient way to run things,” he says.

“And if you have to hedge because of the supply chains breaking during the pandemic, you will pay more for a period of time. But as soon as the pandemic is over… they want to stop wasting money and they want to get back to just-in-time again.”

“In some industries, businesses… sourcing offshore and selling here in Australia, they just ran out of inventory, or ran their stocks really low during COVID,” she says, “But of course, it's cheaper to run a just-in-time supply chain model because you’re not holding all this excess inventory.”

“All throughout COVID, in a lot of industries, the winners were the ones which held high levels of inventory and were able to meet customer demand. And it helped to retain that customer demand after the pandemic.”

Campbell says some businesses are now looking at models which hold more inventory, or “alternative sources of stock, so they can flex their supply chain when they need to meet customer demand”.

Some exporters in Australia have been particularly exposed to both COIVD and geopolitical risk, Campbell says, forcing some businesses to innovate in response.

“These markets have seen a big change in the way that they sell, for example, really looking to domestic markets to soak up some of that excess supply,” she says.

Wang says such a diversification strategy has been at play for some time in China, where manufacturers moving assets out of the region are still maintaining some sort of Chinese presence.

“Many of them are not completely closing their Chinese factories, as while we all know that China is a global factory, it is also a global consumer market,” she says.  “There's still a lot of relative advantages for those manufacturers to produce goods in China, serving the Chinese market.”

“Even Chinese manufacturers are looking to diversify their supply chain production base.”

Campbell says many ANZ customers based in the bank’s home markets are looking to source goods from multiple regions, including China.

“We’re seeing our customers taking a more diversified approach to supply,” she says. “Businesses are establishing secondary and tertiary supplier partnerships in India and parts of south east Asia in addition to China.”

“That’s been the trend for a little while now but is really starting to accelerate. We expect to see a bit more of this activity, but that can take some time to do.”

Campbell says such spreading of supply chain risk – which became painfully clear during the pandemic – made for businesses built on a more-solid foundation.

“From a risk perspective, we often look at whether or not our customers have large a concentration of suppliers, or a large concentration of key customers,” she says. “The pandemic has actually helped those businesses who may have been reliant on any one part, to diversify their risk across the entire supply chain.”

Campbell says any disruption to supply chains, whether geopolitical, physical (such as natural disasters) or counterparty specific risks like supplier bankruptcy, can have immediate and dramatic impacts on businesses and their working capital positions.

“At ANZ, our clients are continuously reviewing their supplier and customer relationships, and they talk to us about their concerns around mitigating the associated risks,” she says. “ANZ understands the importance of effectively managing these risks and, we use our expertise and regional network to work through all available options with our customers.”

“Trade finance is a critical part of the capability we offer our customers at ANZ, in an uncertain and ever-changing world, it will continue to be a core focus.”

The story ends well, both Zollner and Plank insist. Despite the challenges, Zollner does not believe NZ will ultimately have any trouble securing export markets in the future trade landscape.

“Given what's happening with climate change and food safety issues, I don't think New Zealand is going to struggle to find markets for its primary commodities, essentially,” she says.

“And when it comes to our digital exports - while it’s fair to say we're not a front runner - we do have some pretty cool companies doing neat things. And the fact the tyranny of distance has decreased so much is enormously helpful.”

Plank says Australian industry has enormous export potential around future tech developments, with access to rare metals which are critical for large-scale battery construction. “Australia is exceptionally well placed there,” he says.

“[Australia is] a small player in the world, but hopefully with global growth being strong, the next couple of years look pretty positive.”

According to Wang, the growth slated for the region over the medium term is likely to lead to an “acceleration of trade flows,” which is good news for businesses.

For Campbell, the stark economic impacts of the pandemic are somewhat balanced by the opportunities of recovery.

“Trading goods from different locations actually provides greater diversification,” she says. “While it may take some time to set up, it brings in new markets, and from there access to opportunities businesses haven't had access to before.”

“At ANZ, we see some really positive momentum in certain industries and geographies which our clients are taking advantage of.”

Data: the secure path to success