How tech is transforming infrastructure 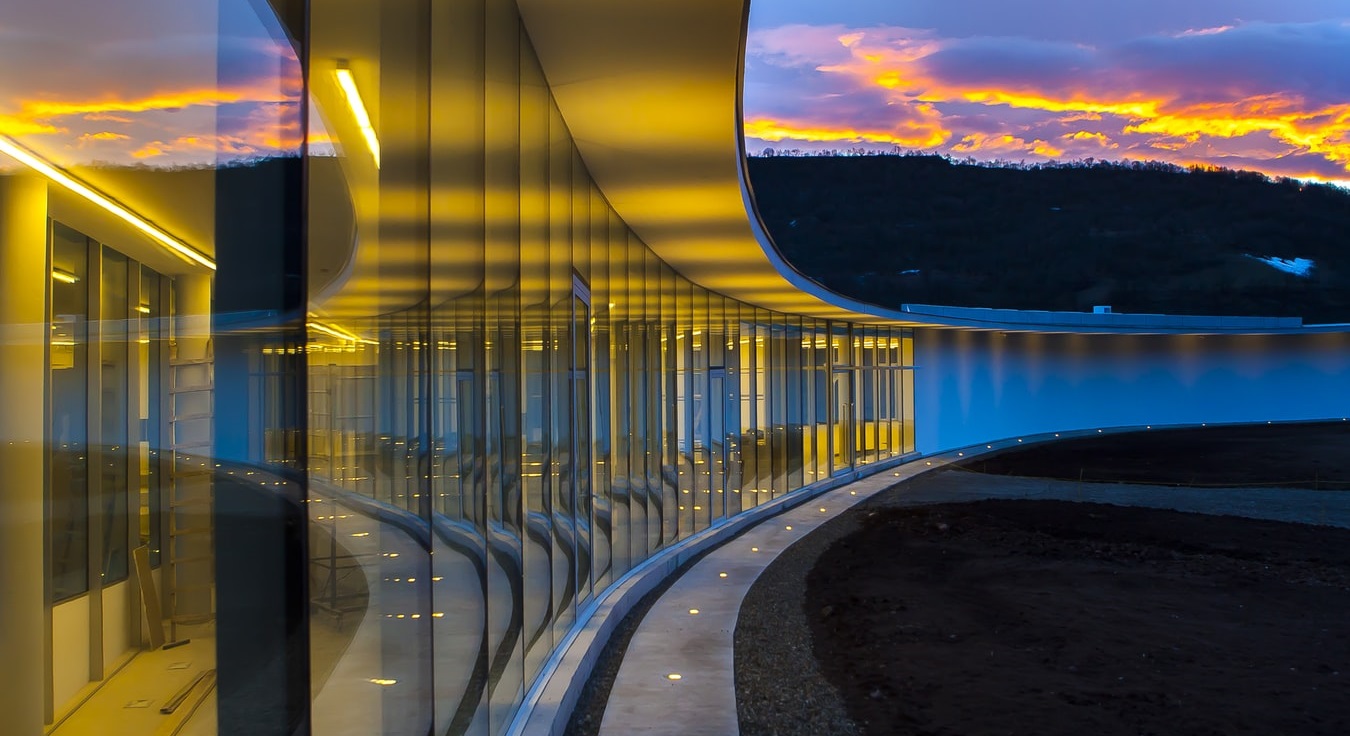 Quality infrastructure is a major contributor to — if not in many cases, a necessary precondition for — economic growth. In their quest to improve infrastructure, governments and companies are increasingly applying and adopting technology in diverse areas, ranging from smart grids and smart lighting, urban mobility and transport infrastructure.

In our survey of more than 750 executives from across eight countries, we found 56.5 per cent of the 200 respondents from the resources, energy and infrastructure sectors “strongly agree” their companies will increase technology adoption in the coming five years.

That figure is roughly in line with the other sectors surveyed. As with other sectors, technology is already playing a critical role in infrastructure. Our survey reveals that big data and analytics, cyber security, the internet of things (IoT), cloud computing and blockchain are among the major technology trends that are important to companies in this space.

Smart infrastructure employs technologies such as IoT, which connects various elements of infrastructure and provides a platform for its handlers to review different situations, allowing them to make decisions in real time.

The data provided by sensor-based technologies is vital in predicting and avoiding structural faults in infrastructure assets.

LN Sadani, founder and CEO of Lensbridge Capital, a private equity firm, says IoT "allows us to create a digital representation of each asset or ‘thing’ in the city – each street-light, waste bin, parking space, bus, road and the like. From this we can monitor the real-time status of each ‘thing’ and use this information to manage the city services more effectively.”

But collecting this information alone doesn’t make a city or its infrastructure smart. It is about using big data technology to manage and process the ever-growing amount of data.

Analytics are then used to “make sense” of the data – this includes “cleansing the data, correlating data from different sensors, recognising patterns and trends, identifying anomalies, and generally extracting actionable intelligence that can be used to manage the smart city more effectively,” Mr Sadani says.

Ageing public infrastructure and its maintenance is a serious challenge in many countries around the world. Bridge collapses have claimed lives in recent years in China, Italy, the US, India and Taiwan, among others. Separately, electricity lost during transmission and distribution continues to cost governments millions of dollars each year.

And these are just a few examples. Much of this comes down to maintenance, which IoT technology makes easier — and cheaper — by enabling real-time monitoring of infrastructure assets, their performance and vulnerabilities.

Jindo Bridge in South Korea, for instance, has been successfully fitted with an inexpensive wireless system that monitors the health of the bridge through an integrated framework of connected sensors that relay structural health data in real-time1.

Similarly, GPS sensors atop Tsing Ma Bridge in Hong Kong help measure wind speed of up to 341 kmph. Integrated Roadways, a US based start-up, has started fitting roads with a smart pavement system which comes inbuilt with sensors, processors and routers, providing motorists and eventually driverless cars updates about road conditions, traffic and any road accidents.

The provision — and conservation — of energy is another area in which technology is coming to the fore. Allard Nooy, CEO of InfraCo Asia, an infrastructure development and investment company, says “technology is creating better, more reliable and more efficient electricity grids as we are able to move from long transmission and distribution lines, which create losses, to more smart grid infrastructure.”

These smart grids are only possible because of improved insulation technology, and greater automation, and are helping increase access to electricity. Technology is also playing an important role in monitoring and controlling energy generation, says Mr Nooy.

InfraCo Asia and its JV partners have a 168MW solar power plant in operation in Ninh Thuan Province, Vietnam, he says, where “we can read the production details online in real-time, which was impossible to do a few years ago”.

District energy and smart grid schemes are being increasingly adopted to share electricity and heat, reducing waste and smoothening demand peaks, Mr Sadani says. “This complex environment requires data-driven coordination and supervision of multiple systems, with predictive analytics to plan the best use of energy resources.”

Additionally, the prevention of intermittency in renewables has been partly resolved by (battery) storage capacities that were not seen 10 years back.”

A dizzying array of technological innovations are being put to test in different parts of the world, including lights fitted with motion sensors, solar panels fitted in roadways and road lanes that will allow electric vehicles to charge on the move, to name a few.

“We are seeing initiatives such as smart-lighting to reduce the energy used by street lighting, traffic-management and smart-parking to reduce traffic-related air pollution, and city-wide air quality monitoring to monitor, analyse and predict air quality,” Mr Sadani says.

Connected infrastructure also enhances efficient usage of critical resources such as electricity and water. Additionally, increased efficiency helps in the better sustainability of structures with lesser impact on the environment. By incorporating IoT solutions in utility infrastructure such as smart water and lighting and parking management, the city of Barcelona, for example, was able to generate savings of more than €75 million and create 47,000 jobs over a three-year period.

Three reports were written based on insights from the data. You can read the second report HERE.

One of the challenges is in localising smart-infrastructure systems. A system that has been successful in one country will not necessarily work elsewhere. Factors such as context, policy ecosystems and economics play a big role.

My Nooy says knowledge and capacity in governments is one challenge.

“Particularly when we talk of new energy and new power generation, people are afraid to take decisions about things they do not know about. This requires training, capacity building and creating awareness.”

It is a view echoed by Mr Sadani, who says that there is often a skills gap in the implementation and adoption of technologies.

“Many cities do not have the technical resources to manage the complex IT infrastructure required for a smart city,” he says. As a result, the “managed-service” model, in which processes and functions are outsourced to firms with expertise in the area, is becoming increasingly popular.

More broadly, the lack of technology skills among the current workforce affects the incorporation of technology in legacy systems. Addressing this requires investment in education and training programmes in STEM, and the promotion of multidisciplinary learning.

Another hurdle is the initial cost of deploying new technology, which requires some commercial innovation alongside the technological innovation, says Mr Sadani.

“We are working with some cities on consumption-based models and other commercial models which spread the cost over a longer period as part of a more collaborative partnership between suppliers and city authorities,” he says.

Given financing constraints, it is not surprising many governments globally are pushing for greater public-private partnerships in implementing smart infrastructure strategies.

Preparing for a connected future

Demand for new infrastructure is going to continue growing as economies and populations grow. Indeed, given the rapid pace of urbanisation globally, and particularly across Asia and Africa, infrastructure requirements are also becoming increasingly complex.

Technology is offering opportunities that provide complex solutions that help address this booming demand, and not at the expense of a sustainable future. According to our survey results, artificial intelligence (AI) is the technology trend most infrastructure, energy and resources businesses think will be key for them five years from now.

Mr Sadani says we are seeing an increasing interest in AI, and more specifically machine learning, to automate standard operating procedures. AI allows authorities to respond automatically to even complex scenarios a system may not specifically be programmed to react to.

“Machine learning takes this further and allows the smart city to adapt to changing situations, so if for example a new bus route is introduced then the system will ‘learn’ that this new pattern of traffic behaviour is normal.”

But technology alone is insufficient. It must be adopted as part of a long-term, broad strategy that also takes into consideration affordability, usability and sustainability. Like Mr Nooy says, implementing technology is the “in thing” today, but its indiscriminate use can backfire, “given the costs involved and the failure to provide expected outcomes”.

How fintech is fuelling growth

Leading on green, with technology