China, the US & a new era of globalisation 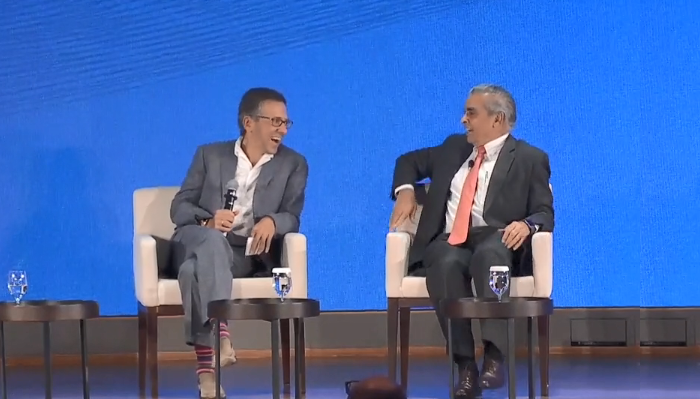 The game has changed. For multilateralism to thrive the world needs China and the US to play key roles, Eurasia Group & GZERO Media president & founder Ian Bremmer says. As these roles evolve, business faces a new world order which will impact economic efficiency.

At the recent ANZ Finance and Treasury Forum 2019 in Singapore, Bremmer told a panel discussion that the shifting balance of power in the wake of the trade war would inevitably lead to some “seriously inefficient outcomes.”

“If you have a choice between the United States or China playing a constructive role, or neither of them doing it and the rest of the world having to be the ones that figure out multilateralism, you really prefer the first world,” Bremmer said.

“We should not have rose-coloured glasses about the fact this new environment is objectively so much less efficient for the global economy.”

You can hear more in the podcast below.

"We should not have rose-coloured glasses about the fact this new environment is objectively less efficient for the global economy.”

Kishore Mahbubani, a Distinguished Fellow, Asia Research Institute, National University of Singapore and keynote speaker at AFTF 2019, said the current geopolitical period resembles nothing else seen in human history. Still, he insists China’s historical preference for order should be a calming factor for business.

“You know the one Chinese behavioural characteristic that works in favour of the world is that China’s number-one nightmare in everything is chaos,” he said. “The Chinese number one preference in everything is order and stability.”

For Bremmer, the geopolitical period most like the current one is the late 19th Century – coincidently, a time which marked the end of last extended period of globalisation.

“The one period geopolitically that resembles it most perhaps is the Gilded Age running up to World War One,” he said. “[One with] extraordinary growth in economic inequality and as a consequence, you had a lot more ‘my country first’ sort of policy.”

At the ANZ Finance and Treasury Forum in October, Professor Mahbubani and Bremmer were among a host of international though leaders who discussed the challenges of doing business in a global environment, as well as the opportunities.

Mahbubani said it is easy to forget the rest of the world has the ability to stand up for multilateralism despite China and the US being dominant at an economic level.

“Are the 5.8 billion people in the rest of the world completely helpless?” he said. “Can they do nothing when the US and China suddenly decide to go at loggerheads with each other?”

“Here I come back to my optimism. I think the remaining 5.8 billion people are going to stand up and do something in reaction to this because they're going to say. ‘You guys are mucking around, you're also affecting us’.”

The rest of the world, Mahbubani thinks, is going to “come together”.

I would like to share Mahbubani’s optimism. But as slower growth becomes increasingly entrenched countries are likely to become more selfish and protective, not more generous. Globalisation’s erosion seems irreversible.