The perfect time for tech in insurance 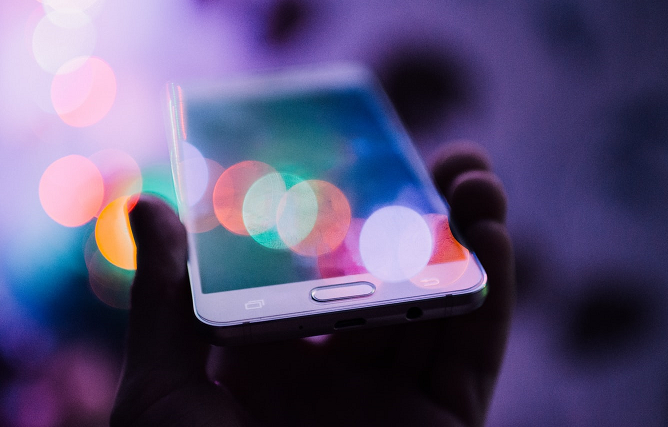 For decades, the insurance industry has been dogged by manual processes, lengthy turnaround times and a one-size-fits-all approach to providing cover. In other words, it has been ripe for innovation and disruption.

In recent years, agile players have started harnessing new and emerging technologies to transform the insurance space – and the timing couldn’t be better, the CEO of not-for-profit Insurtech Australia, Rita Yates says.

“Consumers today have completely different expectations from what they had five years ago," she says. "They want everything to be instant, mobile and automated, rather than having to get on the phone and speak to someone.”

Artificial intelligence and big data are two of the most significant new technologies as insurance is inherently a numbers game.

“Insurance companies price risk based on data and the better data they have, the better able they are to move away from pricing groups of people to pricing individuals,” Greg McCafferty, the co-founder of UK-based, retail-focused insurtech Sherpa, says.

Sherpa uses AI and big data to help consumers identify where they are under- or over-insured.

Another is telematics technology, which can be fitted inside cars to extract information about how a person drives, and to set a premium accordingly. The risk is better calculated, because the calculation is based on far more information than was previously accessible.

Other examples of innovation include tech tools capable of assessing damage to a car using photographs, with claims issued within minutes. Entirely new products are also appearing in the marketplace, such as on-demand insurance for gig economy workers.

The innovations devised by insurtechs often results in greater efficiencies, which drives down prices.

Insurers will be compelled to pass these savings onto consumers or risk pricing themselves out of the market, Richard Hatherall, a partner at Bain and Company in Sydney says.

“Competitors are coming in with low-cost models and are transforming the customer experience,"  he says. "Other insurers will need to bring their costs down in order to be able to compete with that.”

The emergence of insurtechs

Insurtechs aredriving much of the change seen this decade. These groups are companies that leverage technology to disrupt the insurance industry, much like fintechs in the banking sector.

However, there are some important distinctions between the two. Unlike fintechs, most insurtechs are not directly competing with incumbent insurers, but instead partnering with them, or with several of them.

Insurtechs tend to focus on one or two pain points within the value chain, rather than being full stack insurance companies. This is for practical reasons, as the insurance industry is too vast and complex for a single entity to take on, Yates says.

Insurtechs tend not to be B-to-C companies, instead solving back-end efficiencies within the insurance value chain. Their product is then typically white-labelled – that is, sold under another insurer’s brand. This allows the product to be widely distributed to an existing network of customers, who are unaware of the insurtech’s existence.

According to PwC Australia’s 2017 Global Insurtech Report, 45 per cent of insurance providers have already partnered with insurtechs. However the merging of two very different types of entities can be problematic, as one is small, young and agile and the other can be enormous and weighed down by an abundance of processes.

“Incumbents work at quite a slow pace and have a complex structure in comparison to insurtech startups and scale-ups. This speed differential is often one of the biggest barriers to creating successful partnerships between the two.”

McCafferty also notes that insurers tend to be inherently risk-averse, and may therefore be reluctant to invest in unproven new technologies.

Yates says. This is reflected in the fact that 94.9 per cent of companies in financial services in eight countries said that they proactively work with fintech companies.

Last year, more than $US3 billion was invested in insurtech, which was almost double the amount of $A1.65 billion invested in 2017, according to the FinTech Global database.

This is unsurprising, given the triple benefits technology confers. “Technology offers the opportunity to dramatically improve the customer experience, dramatically reduce costs and deliver better outcomes for the insurer,” Hatherall says.

He says that if incumbents fail to invest appropriately, even their strong brand and distribution channels will be unable to help them retain market share over the long-term.

“The bar is set by those who are investing in technology and providing a personalised experience for the customer. Those who do not invest will eventually be at a competitive disadvantage.

Three reports were written based on insights from the data. You can read the third report HERE.

Yet with the pace of change gaining momentum, Yates says those who fail to take steps to develop a long-term investment strategy now may “cease to exist”.

“I don’t know any insurance company here in Australia that isn’t investing in technology to some degree,” says Yates. “Some may be focusing more on building internal capabilities, while others focus on investment into external partnerships. It’s important for insurers to have a mix of both in their strategy.”

The fact a certain piece of technology exists to solve a problem is not the end of the matter. Rolling it out can be monumentally difficult, due to the existence of decade-old tech platforms known as legacy systems.

“[Legacy systems] hold a lot of data and most insurers have multiple systems that are interconnected in complex ways," Yates says. "You can’t just turn off one system and turn on the new one. It’s a very complex problem to solve and there is no short-term fix."

Another challenge will be changing customer mindsets, McCafferty says. There are pervasive and widespread concerns about personal data being collected surreptitiously and used without consent – particularly in the health insurance industry.

“Insurance is an industry with low trust levels, and it’s a product that consumers don’t enjoy purchasing,” McCafferty says. “Even if you have fantastic technologies available to you, you still need customer buy-in. Convincing them to share their data is going to be difficult.”

In his experience, customers are reluctant to allow data to be collected in an ongoing way, preferring instead to retain control over what is shared – even if that means filling in a cumbersome form.

Trust is an issue for financial services companies themselves. Our survey found privacy and security concerns are the biggest challenge for greater organisational technology adoption, with 55.8 per cent of respondents citing it as an issue.

Yates points to long-term funding as another challenge, as funding tends to exist for pilot projects rather than long-term ones. This is partly due to the way incumbent insurers typically measure a return on investment. It too tends to be short-term.

This is also reflected in our survey of more than 750 executives in eight countries. It found more than a third (31.1 per cent) of executives at financial services firms find it difficult to determine return on investment in technology.

The same number found a lack of relevant skills in its personnel to be a barrier to adopting new technologies, suggesting an investment in training will be required.

Technology has the potential to play a hugely significant role in tackling and preventing insurance fraud. Data analytics can spot irregularities and identify fraud before a claim is processed. This will in turn improve the customer experience for the “99 per centof people who do the right thing,” Hatherall says.

However, the use of technologies may give rise to new opportunities for dishonesty, McCafferty says. He cites studies that have found a depersonalised experience such as using a chatbot makes some people more disposed to being fraudulent.

“If you’re going to bring in lots of AI into the insurance space, this is something that will need to be tackled,” McCafferty says .

One thing is for certain: the new technologies currently being leveraged by the insurance industry are only the tip of the iceberg. Both exciting changes and complex challenges are on their way.

Partnering your way to tech success