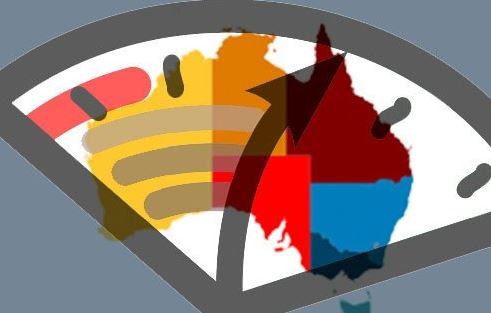 The bulk of Australia’s states and territories continued their recoveries in the final quarter of 2020, the ANZ’s Stateometer index shows, after the country’s technical recession brought on by COVID-19 related restrictions came to an end in the third quarter.

The rapid recovery from the short but transformative COVID downturn in the first half of 2020 led to above-trend economic growth in New South Wales, Western Australia and the Australian Capital Territory, the ANZ Stateometer Index found. Most states saw their economic recovery accelerate, with Tasmania and the Northern Territory exceptions.

Some restrictions persisted into the fourth quarter and beyond, particularly in Victoria, and the risk of future restrictions may weigh on growth for some time. Since Victoria’s long lockdown there have been additional short, targeted versions in SA, Perth, Brisbane and Sydney’s northern beaches, and then again in Victoria.

Interestingly, the report found regional Australian economies held up better than their metro counterparts through the pandemic, with activity in regional areas recovering more quickly than outbreak-prone and tourism-exposed capital cities.

Regional housing outperformed capital cities in both price growth and building approvals growth. ANZ-observed spending showed a clear gap between city and regional spending which has persisted since May 2020.

The unemployment rate in NSW fell to 6.0 per cent in January, below the national average of 6.4 per cent, helping drive growth in the state to above-trend acceleration, as found by ANZ’s Stateometer index. However, state border changes from late December to early 2021 may weigh on NSW’s recovery, particularly for tourism-exposed businesses.

The state’s domestic tourism spend fell less than the national average between January and November 2020, as regional demand filled at least some of the gap left by international and interstate tourists in Sydney.

Victoria’s economy was hit hard by the state’s second wave of COVID-19, which closed much of the economy until November, but the recovery has since been rapid. Employment and household spending both bounced, although longer-term indicators for growth, like housing construction and capital expenditure, are yet to recover.

In Queensland, the labour market improved more than any other state in the final quarter, but other indicators were less impressive.

Interestingly, the negligible impact of the pandemic on the NT compared with the east coast states led to Darwin recording the strongest housing price performance across capitals and strong retail sales growth, at 4.5 per cent quarter-on-quarter compared to a national average of 2.5 per cent.

The ANZ Stateometer is a set of composite indices which measure economic performance across Australia’s states and territories.

The index for each jurisdiction extracts the common trend across 37 economic indicators using principal components analysis. The economic indicators are all monthly data series and cover business and household activity, the labour market, the housing market and trade.

Developments across this diverse country are rarely uniform and we hope these geographically specific indices help you to see through the haze of state by state data and more intuitively piece together the state of the national economy.