Some surveys now suggest climate is the top issue facing Australia. As with technology, we are on a trajectory where climate will no longer sit in a corporate centre or environmental, social and governance function. It will be inextricably entwined with how you perform your role and the strategic future of your business. Not to mention how intertwined tech and climate have become in the economy.

I suspect we are at a similar tipping point for diversity: organisations increasingly recognise commercial success will prove elusive without it. 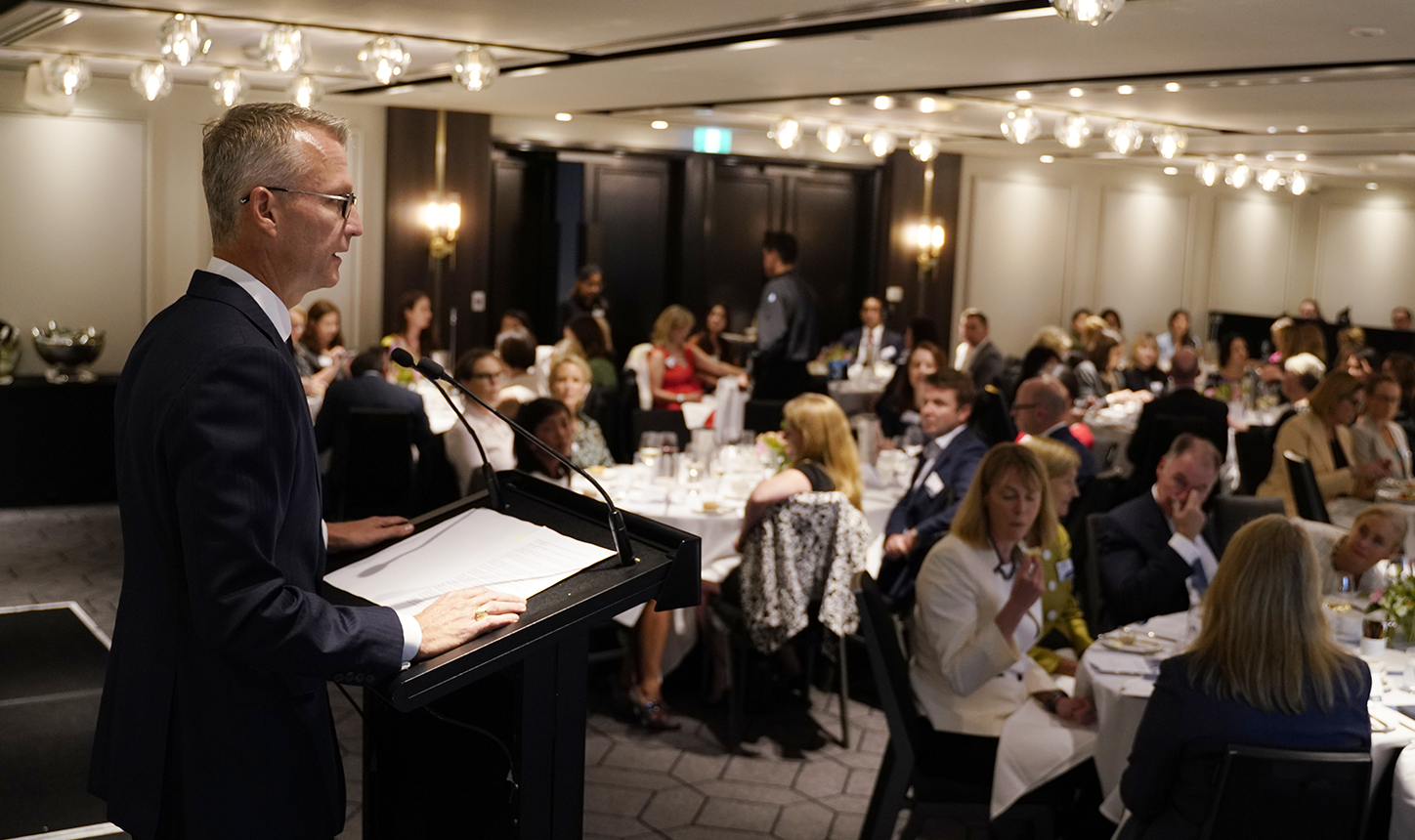 The tipping point comes from the economic imperative. This may not be the best motivation but it will help generate an outcome. Bear with me while I outline this.

Despite very low interest rates, reduced further in the past year, per-capita gross domestic product growth in Australia has been less than 1 per cent for the last 18 months. This is the new normal.

Australia’s solution to this structural erosion began immediately after the financial crisis, with a sharp increase in immigration.  But even for small economies that can import labour through immigration, there do seem to be limits.

People are recognising the difference growing GDP and growing living standards and that becomes more noticeable at lower rates of economic growth.

Despite around $A20bn a year in major publically-backed infrastructure projects, infrastructure is struggling to catch-up. There seems little evidence it is sustainably improving the quality of life issues that are the target.

The economic reality is the world’s advanced economies are facing a diminished supply of human capital. Population growth is slowing and populations aging as birth rates decline.

When coupled with a high debt load, the result is secular stagnation. The policy choices are quite limited – you can either expand the quantity of inputs to keep the economy growing or undertake microeconomic reform to get more out of what you are doing. Increasing diversity does both.

An interesting study, using US data, highlights how important the allocation of talent is to economic growth. In highly skilled occupations the proportion of white men has declined substantially over the past half century, with the implication that 50 years ago many talented people, who weren’t male and weren’t white, were not pursuing their comparative advantage. The authors conclude “between 20 per cent and 40 per cent of growth in aggregate market output per person can be explained by the improved allocation of talent”.

More granularly, a study of entrepreneurial culture across 192 countries over the best part of two decades concludes that one of the key drivers of entrepreneurism is gender balance. “More gender-egalitarian societies…had on average higher rates of organizational founding”.

In some ways Australia is responding. Female labour-force participation rose from 58 per cent to 61 per cent over the last decade.

That effect peaked in 1975. Average IQ scores have declined progressively since. This decline implies a halving in the number of IQs over 130.

And a further caveat is in order. The researchers sourced their data from the IQ test scores of 18- to 19-year-old Norwegian men who took the tests as part of their military service. This audience might think it’s obvious why this data shows a decline in IQ…

Humour aside, the Flynn effect is a great example of data that relate only to a sub-group of men being used to draw conclusions about the entire population.

This is a theme Caroline Criado Perez captures in her book “Invisible Women: Exposing data bias in a world designed for men” (last year’s FT Business book of the year). One straightforward message is the need for data to be disaggregated by sex, so studies do not carelessly assume that results gleaned from a specific sub-group are read as valid more generally or for both sexes.

Data is important. But even properly representative data only takes you to a point. If we are ultimately looking to shift culture and behaviour, we must win the battle of ideas. People need to feel change is right. The data are the means to this end.

We have had the data on climate change since at least the 1970s yet the Quarterly Journal of Economics, which is currently the most-cited journal in the field of economics, has never published an article on climate change.

At the same time as the economic imperative is growing, the belief imperative is hardening. Australia, like the UK, US, Philippines, Thailand and other countries, is becoming more divided.

In the last election, 25 per cent of votes for the House of Representatives were for the minor parties. Australian elections are no longer a two-horse race.

From a social perspective, the battle of ideas needs to be won beyond the numbers. But from an economic perspective, where the numbers are in, we need to make very different economic decisions now.

If the broad tools of macro policy are less powerful, the detail of economic policy will matter much more. Australia is not alone in this position.

Here is a crucial question: how are we going to get better micro policy outcomes across a range of countries when our decision-makers don’t reflect the diversity of the population?

The Global Leadership Project is a dataset of biographical information on 38,000 leaders from 145 economies. The data reveal globally 81 per cent of political decision makers are male, while 92 per cent of those in the top one or two positions in each jurisdiction are male.

Ultimately if we win the battle of ideas, we might also begin to close the confidence gap between men and women. At ANZ, we measure consumer confidence on a weekly basis (with Roy Morgan).

In the last six years, women’s confidence has been lower than men’s 97 per cent of the time. You would think 50/50 would change economic outcomes for the better.

This doesn’t necessarily mean we should be trying to match women’s confidence to men’s. There is plenty of evidence it’s the over confidence of men that may be out of alignment.

When it comes to investment, for instance, men tend to invest more in risky assets, trade more frequently, and hang onto losses for longer. Female investors, as a consequence, report higher returns.

A 50/50 confidence split isn’t too much to ask. But its men who seem less clear about “knowing what they don’t know”.