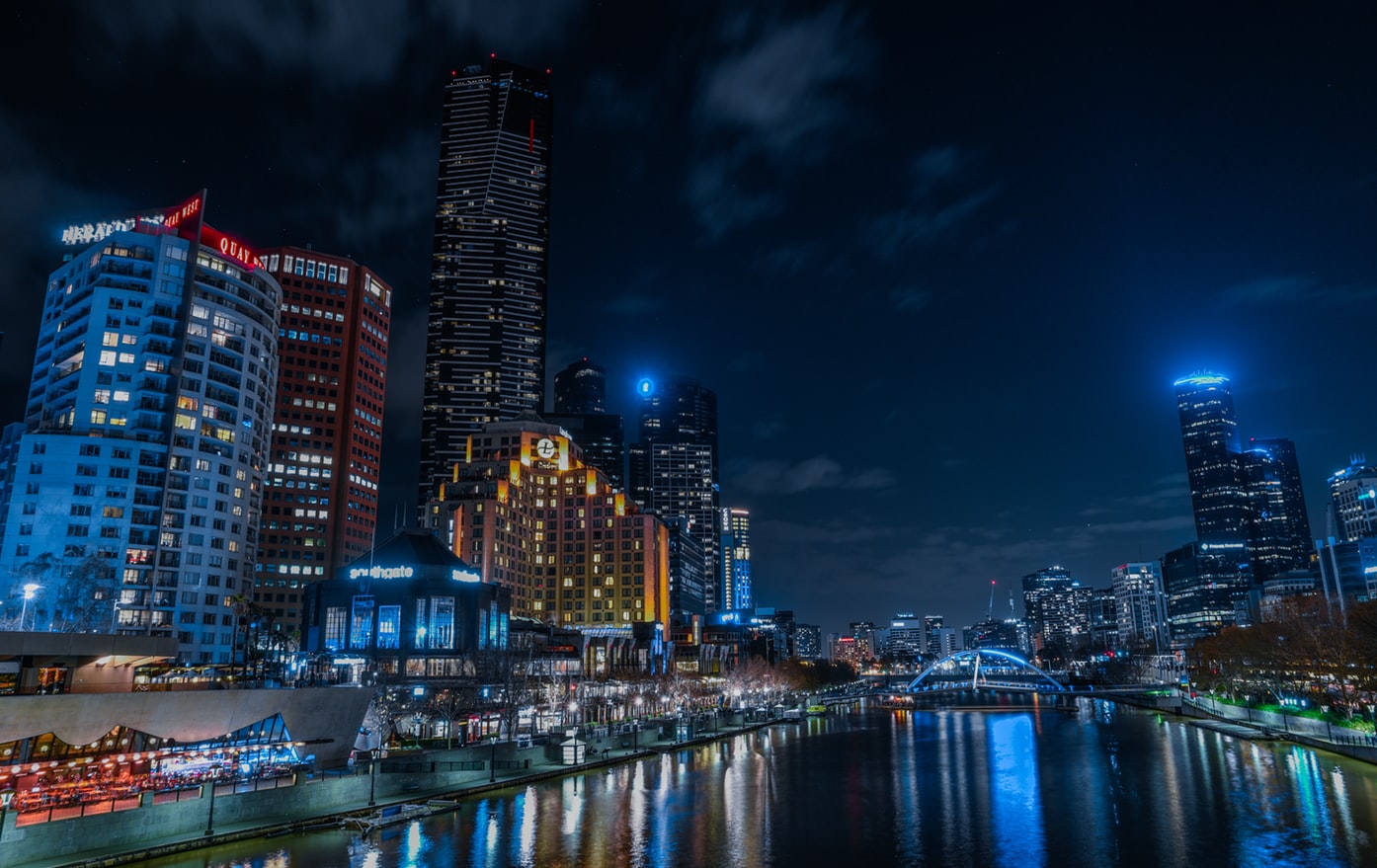 The threshold for quantitative easing in Australia “has not been reached”, according to the governor of the country’s Reserve Bank, Dr Philip Lowe, who publicly placed the effective lower bound (ELB) for the cash rate – and therefore likely trigger for any unconventional monetary policy – at 0.25 per cent.

The comments, made in a speech to an Australian Business Economists event in November, added some welcome certainty to the monetary policy debate.

Dr Lowe said QE would be considered “if there were an accumulation of evidence that, over the medium term, we were unlikely to achieve our objectives,” but we are not there yet. He also provided detail into what the RBA might do if it embarked on QE, saying the focus would be on buying government bonds - as the bank has “no appetite to undertake outright purchases of private sector assets”.

The Governor was more explicit than expected on the RBA’s policy plans than expected – though the template itself was very much in line with the thinking at ANZ Research.

As noted earlier this month, with the cash rate at 0.75 per cent there is not much room left for the central bank to provide additional stimulus to the economy through its conventional tool of cutting the cash rate.

Even still, a turn to QE in 2020 is unlikely. After a couple more cuts to the 0.25 per cent lower bound, and explicit forward guidance, ANZ Research expects the central bank will display some patience before considering further steps.

But unlikely is not the same as impossible. Two conditions might force the RBA to act: either a shock hits the economy or the expected turn in the economy does not occur (or quickly falters).

Should either of these occur we could expect QE - in reasonably short order as the RBA will have spent its cash rate firepower. If we look beyond the forecast horizon out to the end of 2021, QE seems more likely, because a shock could arrive in a time frame that requires more monetary policy support than can be delivered through conventional policy.

“The Governor was more explicit than expected… though the template itself was very much in line with the thinking at ANZ Research.”

Further supporting our thinking from earlier in November, Dr Lowe said if the RBA was “to undertake a program of quantitative easing, we would purchase government bonds, and we would do so in the secondary market”.

The intended impacts of this move would be to signal the RBA’s policy commitment, flatten the bond curve, and to drive spreads to other markets lower. It would also likely lessen the attractiveness of Australian government bonds to domestic and offshore investors.

In turn, the RBA would expect this to drive the Australian dollar lower (at least relative to what it would have been in the absence of QE), push credit spreads in (as investors search for yield), and support asset prices in the economy more generally.

During his speech, Dr Lowe made five observations about how lessons from overseas application of QE apply to Australia.

The first was that “markets are not stressed. So there is no need to change our normal market operations to do anything unconventional here.”

The second was “negative interest rates in Australia are extraordinarily unlikely. We are not in the same situation that has been faced in Europe and Japan.”

“More broadly, though, having examined the international evidence, it is not clear that the experience with negative interest rates has been a success,” he said.

Thirdly, he said the RBA has “no appetite to undertake outright purchases of private sector assets as part of a QE program.”

“There are two reasons for this,” he said. “The first is that there is no sign of dysfunction in our capital markets that would warrant the Reserve Bank stepping in.”

“The second is that the purchase of private assets by the central bank, financed through money creation, represents a significant intervention by a public sector entity into private markets.

Dr Lowe’s fourth observation was if the RBA was to “undertake a program of quantitative easing, we would purchase government bonds, and we would do so in the secondary market.”

“Our current thinking is that QE becomes an option to be considered at a cash rate of 0.25 per cent, but not before that,” he said.

And fifth and finally, Dr Lowe said “the threshold for undertaking QE in Australia has not been reached, and I don't expect it to be reached in the near future.”

“We would have to wait and see,” he said.

On housing, Dr Lowe said it was not price increases per se that were a concern but whether “credit growth [had] picked up markedly.” If that happened and “credit standards deteriorated [the RBA] would be concerned”.

Dr Lowe was explicitly asked whether there was a circumstance in which the RBA would consider buying mortgage backed securities. His reply was “if we see dysfunction in the mortgage market we might consider buying.” He did however reiterate that the RBA saw the purchase of government bonds as a much-more effective policy than purchasing mortgages.

‘Unconventional’ is probably a misleading label for QE, given the extent to which it has been used since the global financial crisis (GFC). This is clear in the expansion of central bank balance sheets. For some banks the expansion is ongoing and is now part of their normal activities

QE is thought of as an unconventional tool called on by central banks when the usual policy – of cutting short-term interest rates, typically the overnight cash rate – has reached its ELB. Just where the ELB is varies across countries.

Some countries have waited until the overnight rate was negative before considering QE, while others have turned to QE while cash rates are still positive. The US Federal Reserve turned to QE when the federal funds rate fell to a 0 per cent to 0.25 per cent range.

QE attempts to influence the economy in a number of ways. Central banks buy bonds using funds from balance sheet expansion. The sellers of government bonds receive cash, which they then spend – often on other assets.

This additional demand drives up the price of these other assets (whether they be equities or other fixed-income assets such as credit). Some of the cash may also flow into consumption spending. The central banks’ demand for bonds also drives down the interest rates on those bonds. This encourages funds to flow to areas promising higher returns.

QE has certainly had an impact on interest rates, as the case of Japan makes clear. In turn lower interest rates have impacted the value of other assets, such as equities, commercial property and housing.

Dr Lowe is Chair of the committee that released the report. In the preface he notes the report concludes “on balance, (unconventional monetary policy) helped the central banks that used them address the circumstances presented by the crisis and the ensuing economic downturn.”

The overall message is that unconventional monetary policy tools (UMPT) helped the central banks that deployed them address the circumstances presented by the crisis and the ensuing economic downturns. Despite the challenges these instruments pose they are valuable additions to the central banking toolbox.

The assessment of central banks is UMPTs were effective in both these objectives - but they also have their limits. The effectiveness is significantly enhanced when deployed in the context of a strategy that encompasses other types of public policy, in addition to monetary policy, in order to mitigate their side effects and boost their effectiveness.

Often the discussion around the impact of QE and other UMPTs focuses on what has happened to interest rates, asset prices and so forth. But it must be remembered that these are not an end in themselves.

It is the economic impacts of lower interest rates, a lower currency and higher asset prices that really matter. The conclusion of the research is these economic impacts are positive, i.e. growth is higher and unemployment lower than it would have been in the absence of these tools.

Some key lessons can be drawn from the international experience of QE. These include:

• the effectiveness of these measures depends upon the specific economic and financial conditions facing each economy at the time, as well as the structure of its financial system;

• the measures have been effective in cases where there had been severe dislocations impeding the supply of credit;

• a package of measures that reinforce each other tends to be more effective than measures implemented in isolation; and

• it is important for central banks to communicate clearly and consistently about the unconventional measures when they are implemented.

ANZ Stateometer: a turn up