Biden has more paths to the presidency 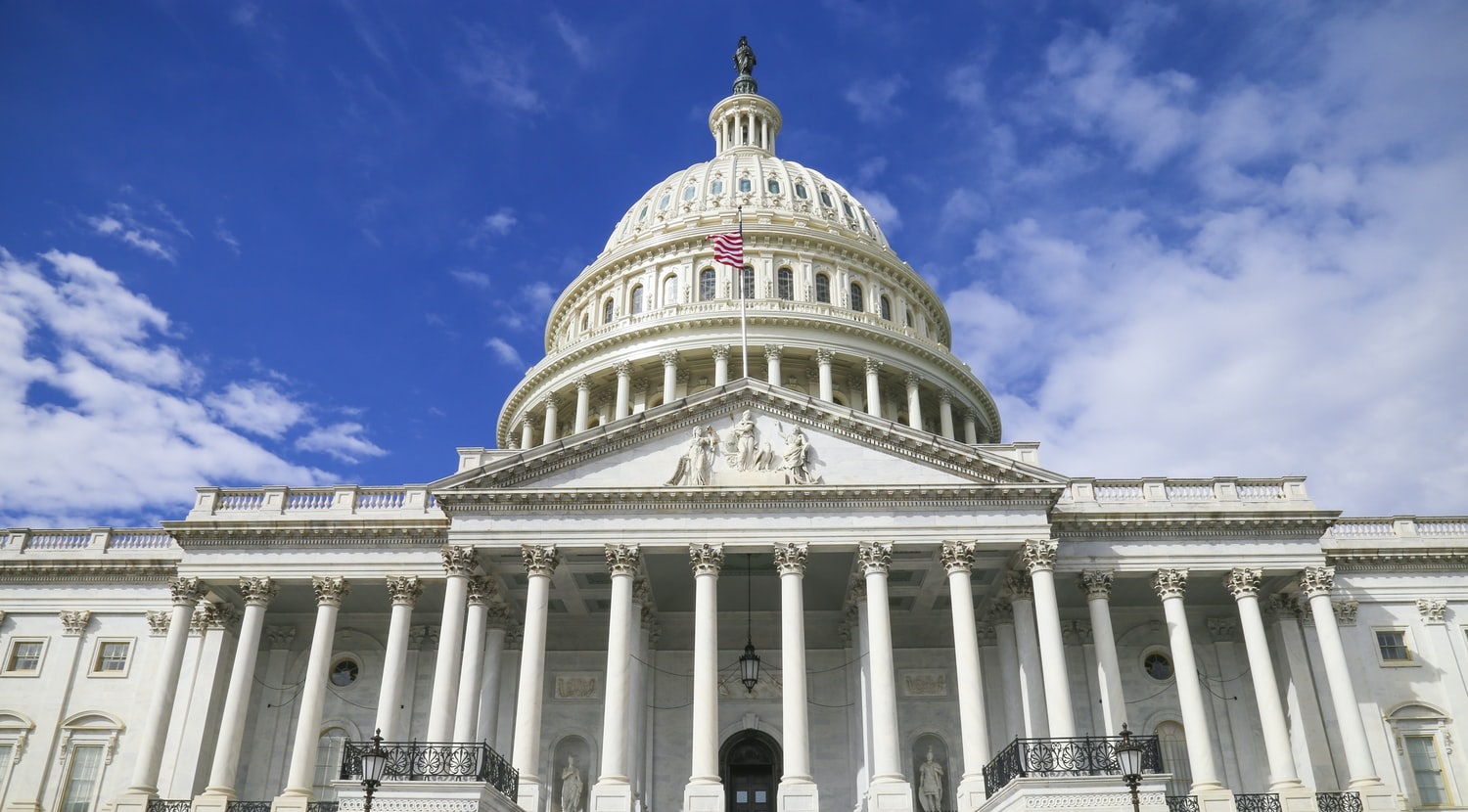 ANZ Research puts the current probability of Democratic Party candidate and former Vice President Joe Biden winning the upcoming US election, and therefore securing the presidency, at 75 per cent.

The Democrats look likely to eke out a small majority in the US Senate and should easily retain the US House of Representatives, securing control of both the executive and legislative branches of the US government in a long-speculated ‘blue wave’.

But many such claims were made before the 2016 election which current US President Donald Trump won as the underdog. This year, ANZ Research sees key differences, including fewer undecided voters; Biden’s consistency in polling; and a stated improvement in the quality of swing-state polls.

Of course, polls mean little if people don’t vote, and Trump’s best path to victory is voter enthusiasm. This runs strongly in his favour. Early voting is running at over 30 per cent more than the 2016 total. This turnout appears to be favouring Democrats but is not a useful guide to the result.

Put simply, Biden has more paths to 270 Electoral College votes, the number needed to secure the presidency. Trump has little chance of winning any state his defeated 2016 opponent Hillary Clinton won in 2016, while Biden is polling ahead in many states Trump won in the same poll.

Among specific states, Florida will be viewed closely on the date of the vote, as a result is possible on the night. Should Biden win Florida comfortably, he is likely to be the overall victor. If Trump wins Florida, Pennsylvania will then be in focus.

If Trump loses Pennsylvania, it would be difficult for him to win re-election. The result of Pennsylvania may take days or weeks.

A close result makes litigation – and therefore an extended period without an election outcome – likely, especially in closely contested swing states which could flip on a few votes.

There is no scenario in which Biden wins and Republicans get control of the House. If Trump wins, the most likely scenario is a divided Congress. The odds of a Trump win and a clean sweep of Congress by Republicans or Democrats is less than one per cent.

It is not an unreasonable risk that votes are still being counted or litigation is happening by December 8, the deadline for states in appointing electors. A bill has been introduced to the US Senate hoping to push that date to January 1 to give states a better opportunity to count mail-in ballots. 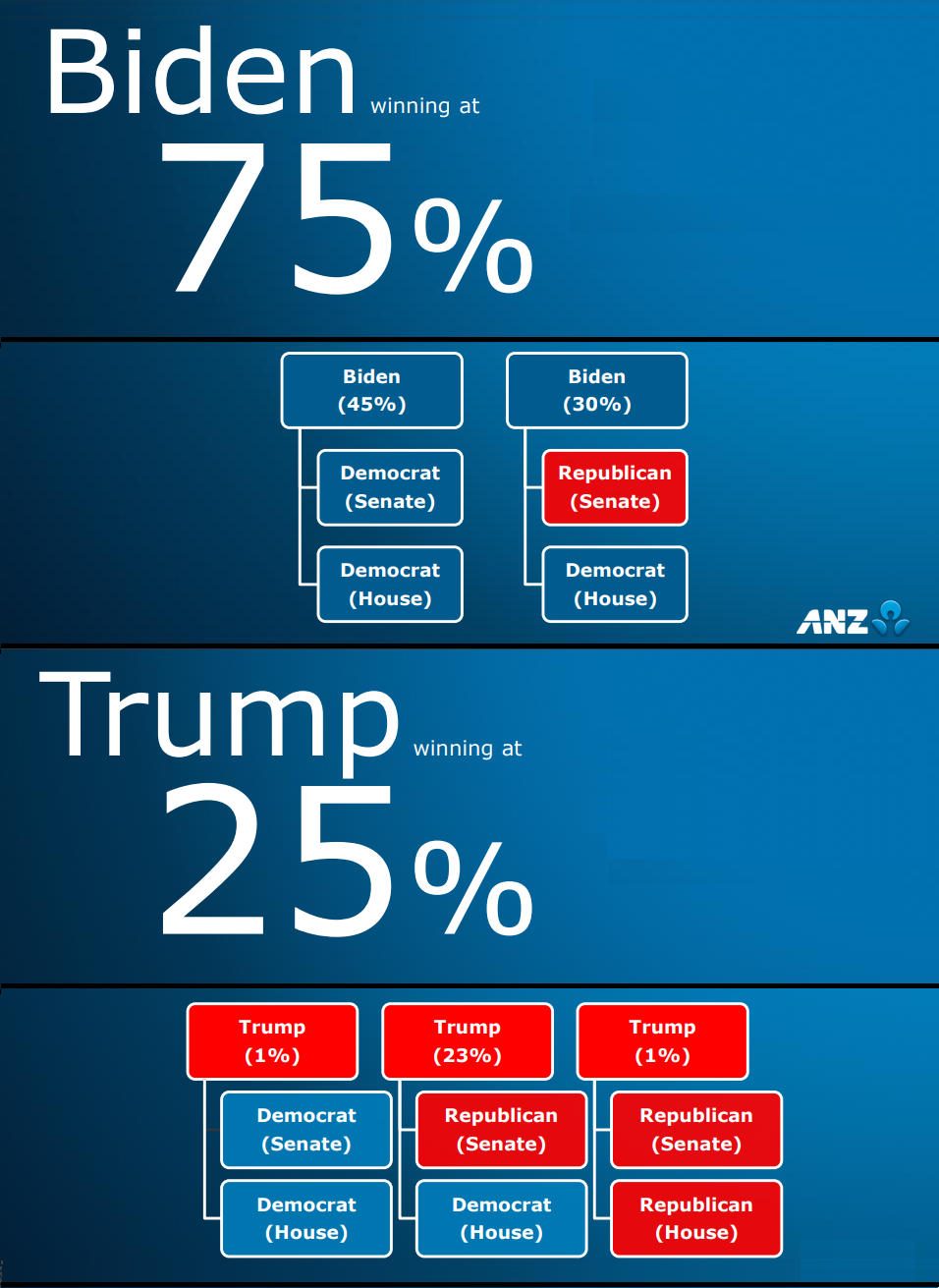 Biden is consistently polling around 50 per cent of the likely vote, a level Clinton never reached in 2016, and Biden’s lead over Trump has been relatively stable while Clinton’s lead varied.

Biden has held a reasonably steady and comfortable lead in the national polls all year. Trump’s high water mark hasn’t reached Biden’s low one. Notably, no incumbent president polling below 48 per cent has been re-elected. Trump has yet to reach that level.

But it is not the popular vote that matters, it’s the Electoral College. Polling at the state level suggests the race is much closer than is portrayed by the national lead.

Biden holds the edge in many of the key battleground states that Trump carried in 2016. Biden is also looking competitive in a handful of other states, including Texas and Georgia, traditionally red states, which Trump won by sizeable margins in 2016.

In 2016, Clinton’s lead two weeks out was around five points, and she was a strong favourite to win in 2016. However, multiple polls suggest about 5 per cent of voters currently remain undecided; this compares to 15 per cent in 2016 at a similar time. This limits the ability for a sharp swing in sentiment or an ‘October surprise’ to shift the dynamics of the race.

Is there a path for a Trump win? Non-voters make up a sizable share of the eligible voting-age population. In 2016 it was around 100 million people, or 43 per cent of the total. Demographically, these non-voters are: non-white, young, female, less educated and a bit poorer than the electorate.

Although these demographics appear at face value to favour the Democrats, it’s not that simple. It’s how these non-voters are distributed through the states that matters.

A 2019 New York Times Upshot/Siena College poll conducted in six swing states found that less-educated white voters were under represented relative to the population. Thus a possible path for Trump to victory would be to generate more enthusiasm from these eligible voters.

Recent trends in voter registrations highlight that Republicans are running ahead of Democrats in a number of the key swing states like Florida, North Carolina and Pennsylvania.

Republicans are running active door-knocking campaigns to garner support, while Democrats are doing things virtually due to the pandemic. However, it’s not clear whether these new registrations are capturing new voters or simply capturing an existing voting base.

This piece is an edited version of an ANZ Research report. You can read the original report HERE.