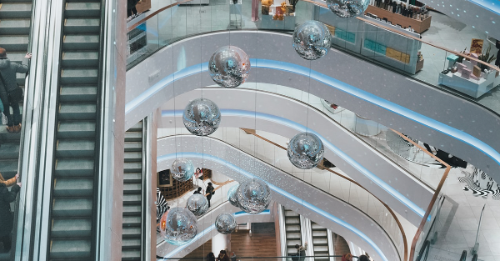 Lygon is moving to the next stage of development.

One of the first distributed-ledger-technology (DLT) based solutions in the financial services industry, aimed at simplifying the process around bank guarantees, Lygon is finally advancing out of pilot, a clear sign of the success and value of the project.

Now, Lygon will look toward a new and expanded range of digitised guarantees outside the retail property lease sector the pilot focussed on.

The platform, which will open to the general public in early 2021, also plans to explore expansion into markets outside Australia, including New Zealand, offering unprecedented assistance to trade companies that work with complex cross-border guarantees.

Lygon Chairman and ANZ Banking Services Lead Nigel Dobson said the next stage of Lygon came at a critical time for the industry and its participants.

“Now more than ever, customers want simplicity, an improved experience and greater security,” he said. “Lygon’s inception and development is grounded in these needs which extend beyond our existing customers to every industry.”

Customers, too, have seen the impact it has made, with participants in the pilot watching the time to issue a bank guarantee fall from a month to a day.

Laura Li, Head of Finance at MJ Bale, a retailer that who participated in the pilot, said Lygon had eliminated costs, risks and delays associated with physical documents.

“Lygon improves real-time management and visibility of status and lifecycle changes,” she said. “[It also] provides reporting capability [for an] entire guarantee portfolio across multiple banks and major landlords.”

Simone Rutherford, Finance Manager at retailer Gazman, said the solution had an intuitive interface which was easy to use.

“All interactions… are done electronically without any requirement for physical paper so guarantees can be issued and stored in a matter of minutes, saving a significant amount of time,” she said.

Lygon is a joint venture project between ANZ, CBA and Westpac, as well as tech behemoth IBM and retail infrastructure giant Scentre Group.

The now-complete pilot began in July 2019 with a test group of more than 20 Australian businesses, successfully onboarded applicants to the platform in less than 15 minutes.

Dobson said the pilot had demonstrated a range of improvements to the bank guarantee process, “including a significant reduction in the risk of fraud across billions of dollars guaranteed by the banks, decreasing the potential for errors and increasing the speed of execution”.

Payroll: the NPP’s next frontier

How debit will change the NPP