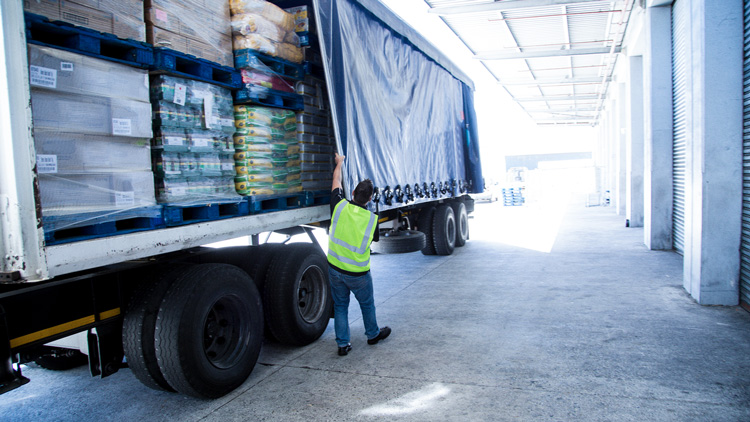 The outbreak of the coronavirus, the phase-one trade deal struck between previously warring partners in the United States and China, and the resultant lowering of tariffs and trade barriers have all had a large impact on a swathe of industries.

One industry – food – looks set to significantly benefit from this confluence of global economic factors. The world is a hungry place and conditions are aligning to put the sector in a strong position.

Across 2020, further increases in food prices, and a strong rise in demand and trade are likely, especially in protein, given recent liberalisation measures – most notably between the US and China.

This will be further underpinned by protein restocking in China and a prioritisation of food supply chains amid the coronavirus crisis.

Global food prices have been rising strongly in recent times with increases being felt most acutely in Asia. In developed markets prices are rising, particularly in the protein complex given China’s increasing appetite for meat.

The Food and Agriculture Organisation of the United Nations Food Price Index increased by 7.3 per cent in the fourth quarter of calendar 2019, taking the full-year rise to 12.5 per cent and pushing the index to a five-year high.

This was driven by a strong increase in the price of vegetable oils (up 30.9 per cent year on year), meat (18 per cent) and dairy (17 per cent). This trend continued into January where food prices rose by another 1.3 per cent.

Some of the country level impacts are quite stark. In December 2019, food prices in Hong Kong lifted 13.8 per cent while overall consumer prices fell 2.9 per cent. This was primarily due to higher pork prices, which have more than doubled over the previous 12 months, causing prices in China to rise 17.4 per cent in the same period, according to the National Bureau of Statistics.

It’s a similar story in India, where food prices - which represent 46 per cent of the consumer price index basket, rose by 14 per cent.

"One industry – food – looks set to significantly benefit from this confluence of global economic factors."

The coronavirus, or COVID-19, continues to have a large economic and social impact on greater China and other parts of Asia. The situation is fluid and although it’s difficult to gauge the overarching impact, we can take a cue from previous outbreaks – particularly in Hong Kong.

There were a number of common trends during the outbreak of SARS in 2003, swine flu in 2009 and avian influenza in 2013. Essentially consumer discretionary spending fell heavily during the outbreaks, rebounded quickly and resumed historical trends.

Consumer non-discretionary spending held up well, although there was a stark shift from eating out to at-home consumption. This is similar to what we are seeing across greater China at present.

Still, there are a couple of factors which make the coronavirus outbreak different. Measures to limit the spread of the virus are having marked impacts on supply chains – particularly in tech and other industries with fast-moving goods. Also, Hong Kong has experienced a challenging period with civil unrest impacting demand.

The phase-one trade deal between the US and China was signed as agri-food players in both markets seek respite after more than 18 months of heightened trade tensions - and as US President Donald Trump seeks reelection later in 2020.

Under the agreement, China committed to boosting purchases of US goods and services by $US200 billion over 2020. The deal was quite wide ranging and focused on intellectual property rights and technology transfers. As part of the $US200 billion, roughly $US50 is focused on energy, $US8 billion in manufacturing and almost $US4o billion in the services sector.

In food, China has promised to buy $US32 billion in additional agriculture products in 2020 and 2021, using 2017 as the comparison point. This will be spread across a number of product categories including oilseeds, animal protein, seafood, cereals, cotton and other commodities, including alfalfa, fruits and vegetables, dairy, dietary supplements, pet food, processed foods, tree nuts, and wine.

One surprising aspect of the agreement is touted changes to China’s domestic food safety policies. The deal, which should be very beneficial to the food trade, will streamline product registration, licensing and inspections in animal protein, seafood, dairy and infant formula.

Such rules are viewed by the US as non-tariff barriers, although all countries have them to some extent.

President Trump claims the trade deal will be positive for US farmers, many of which have struggled with lower prices due to heightened tariffs. However, there is healthy skepticism across the sector regarding the impact, given many tariffs remain in place and farmers have suffered through two very lean seasons.

These numbers in the above chart represent a quantum leap in the current share of US imports to China. The US currently represents 9.7 per cent of China’s imports by value.

Depending on growth estimates that would rise to between 22.7 per cent and 26.2 per cent over the next two years. From an overarching perspective such numbers look overly ambitious given domestic supply constraints and the potential impact on China’s domestic industry.

While the agreement should be net positive for US-China agri-food trade, increases will be capped with relative price differentials and tariffs also continuing to frustrate trade matters.

However, there is potential for trade redistribution which could increase short-term volatility, although historically high-ending stock ratios should provide somewhat of a mitigant.

Ton top of the already disruptive coronavirus, the impact of both African swine fever and potential impact of avian influenza will have global implications given the supply situation in China.

The year 2020 is shaping up to be a record one for China’s pork imports. China produced 42.6 million metric tonnes (MT) of pork in 2019, a drop of 21.8 per cent on 2019 according to China’s National Bureau of Statistics. This is in line with a 26 per cent decrease in hog feed across Asia Pacific (where China dominates) during the same period.

This decline has global ramifications given China has historically produced and consumed half of the world’s supply of pork.

Tariff decreases on US pork imports (from 72 per cent to 68 per cent) are not likely to make a dent in the 260,000 MT of pork which remains frozen in warehouses across the US (approximately 17 per cent above normal seasonal levels).

Demand for beef is expected to be substantially higher given recued availability of port in China and subsequent higher prices.

With supply increasing at a much lower rate, it is clear demand will outpace supply and prices will rise, particularly once the market starts to normalise.

What’s obvious is protein demand will be a recurrent theme throughout 2020 and demand from China should create a structural floor for protein prices.

The post-war march towards a more globalised world has stuttered under a Trump-led US. While this reached a crescendo in mid-2019, upcoming elections in the US seem to have precipitated a more accommodative stance from the White House.

China has been a key advocate for (and beneficiary of) free trade and is keen to ensure food security as higher incomes and aspirational diets drive demand.

In December 2019 China lowered import tariffs for various products including certain pork products, seafood, dairy, processed fruit, nuts, and pet food across the board. It has also liberalised import protocols from other countries such as Russia.

China halved some ‘retaliatory tariffs’ on a number of US including from oil and soybeans, however, many still remain in place.

In a landmark February decision, China’s Ministry of Agriculture and Rural Affairs has approved the import poultry and related products from the US.

This move allows for the import of live birds and comes on the back of domestic culls in order to manage the risk of both the coronavirus and a recent localized outbreak of avian influenza.

While global trade policy still has the potential to change based on a single tweet, demand for China should trump (no pun intended) US protectionist sentiments.