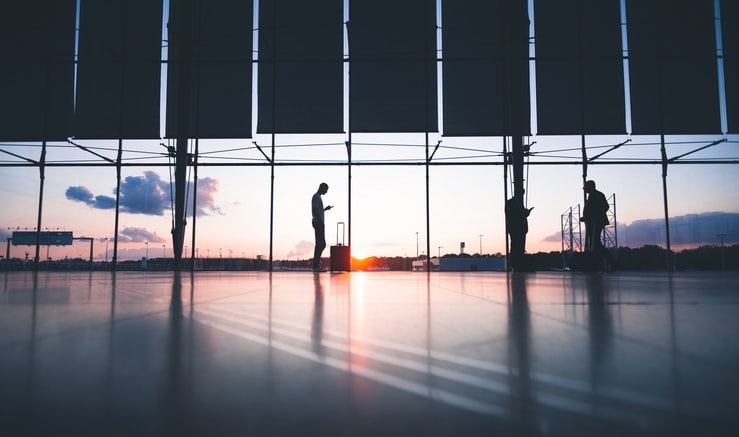 A study by ANZ Research of ANZ spending data shows a steep drop in airport spending in February, reflecting coronavirus-related travel bans and lower appetite for international travel. Spending in small airports with mostly domestic flights did not fall.

Travel bans from China began on the January 27. The data suggest travel between Australia and China started falling before the ban.

"The fall in arrivals from China and elsewhere is likely to have reduced tourism activity substantially."

Chinese residents made up 15 per cent of short-term arrivals in 2019. A drop in their arrivals accounts for most but not all of the drop in airport sales from the week ending January 21 to week ending February 8 in 2020 (27 per cent) when compared to the same weeks in 2018 and 2019 (which ranged from 0 per cent to 3 per cent).

The fall in arrivals from China and elsewhere is likely to reduce tourism activity substantially. Chinese residents account for 27 per cent of international tourism spending, equal to 8 per cent of total tourism spend in Australia.

The effect of this fall in international tourism could be concerning for Australia’s economic activity.  Earlier in February, ANZ Research estimated GDP for the March 2020 quarter could go backwards as a result of the coronavirus-related drop in travel.

ANZ Research expects airport arrivals and tourism spending to remain lower than usual as the outbreak continues. International visitor numbers will be affected by ongoing travel bans and potential tourists choosing not to travel.

Spending figures from smaller airports reinforce the idea the impact is limited to international travel.

Small airports with limited or no international flights did not see a change in spending patterns compared with previous years.

Adelaide Timbrell is an Economist and David Plank is Head of Australian Economics at ANZ.

This story is an edited version of an ANZ Research note. You can read the full note HERE.