Green finance in Australia and New Zealand set to grow

according to a new report launched by the Climate Bonds Initiative, GREEN FINANCE IN AUSTRALIA AND NEW ZEALAND IS SET TO GROW.

Green finance in Australia and New Zealand is set to grow, driven by over 400 environmentally-conscious infrastructure investment opportunities in the pipeline, according to a new report launched by the London-based not-for-profit Climate Bonds Initiative.

The projects provide a growing opportunity for institutional investors, wanting to expand their participation in green infrastructure financing.

The report titled Green Infrastructure Investment Opportunities Australia & New Zealand, identifies more than 400 projects and assets including low carbon transport, renewable energy, sustainable water and waste management, and low carbon buildings. which could be considered green and qualify for financing in the near or medium term.

The report was accompanied by the release of the Australia and New Zealand Green Finance Briefing, an analysis of green investment in both countries to date.

Green bond issuance in Australia to date reached A$8.3 billion driven by banks and sub-sovereign issuers. Australia was the second largest green bond market in the Asia Pacific region in H1 2018 and 12th globally, larger than more established bond markets such as Japan.

New Zealand is a relatively recent entrant to the green bond market with Contact Energy as its first issuer in 2017. More recently the City of Auckland issued a NZ$200 million green bond in June to finance electric trains and related infrastructure. 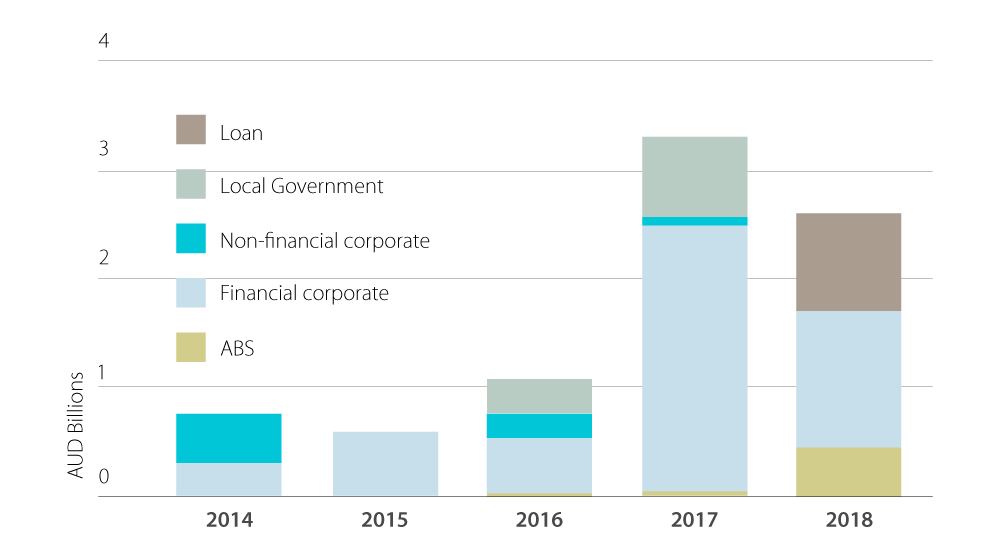 “The scale of green infrastructure investments expected to be made in Australia, coupled with strong investor demand, make the prospects for growth in green bonds bright.”

Green Light for Growth in Asia $US Bonds