COVID-19 has shaken the global economy at a time when the geopolitical and economic order was already in flux. 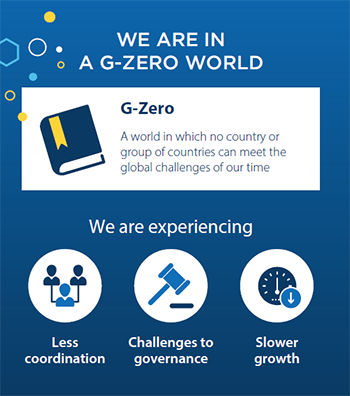 The US is still the world’s largest economy and dominant geopolitical power, but American influence – already waning – is likely to take another step back in the wake of the pandemic.

Since the early 2000s, the US has shifted its focus increasingly to local issues, at the expense of some of the global leadership it used to provide.

This trend has accelerated in recent years. Instead of promoting global, cooperative efforts to combat Covid-19, the Trump administration has often made decisions which are unilateral and, where they involve other countries, the tone has often had a harder edge than we have been used to - announcing that the US would withdraw from the World Health Organization (WHO) and preventing export of key medical supplies, and seeking to label the pandemic the “Wuhan virus.”

These shifts in the US’s global leadership position and its eroding relations with China create a challenging economic, business, and political landscape in the Asia- Pacific region.

Australia has found it more challenging to balance its regional interests and global history. Other Asian countries, including Japan, Korea, the Philippines, and Vietnam, remain caught in the balance of US-Chinese economic competition, as well the two powers’ technological rivalry and strategic tensions in the East and South China Seas. 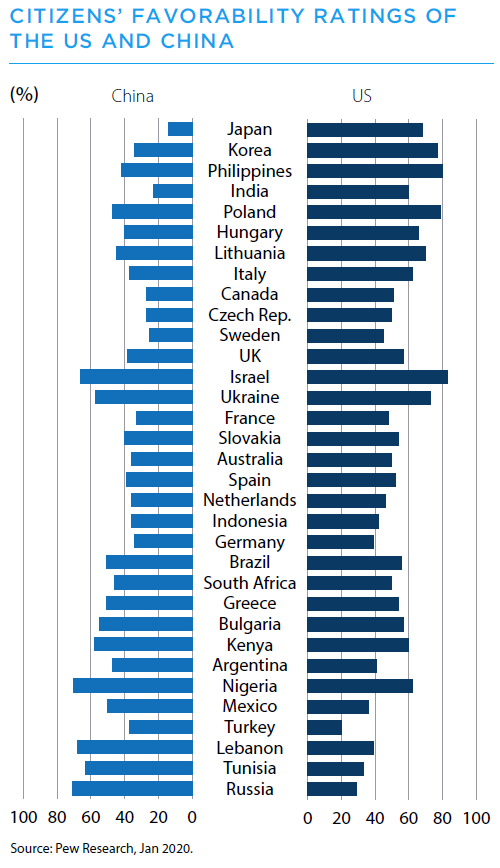 These geopolitical shifts have immediate real-world implications for businesses. For instance, a number of decisions by the US to restrict access to semiconductors produced using US equipment threatens to redraw tech supply patterns in Asia.

This could have serious implications for Korean and Taiwanese producers who tend to be more reliant on US technology.

Meanwhile, Japanese rivals to American semiconductor firms may well be better placed to supply technology inputs without using US technologies. These companies could stand to gain by picking up marketshare from Korean and Taiwanese competitors.

SHIFTING GEOPOLITICS CREATES NEW CHALLENGES FOR COUNTRIES ACROSS THE GLOBE

The emerging US-China strategic rivalry creates new realities, and new challenges, for countries well beyond the US and Asia. Take Europe, for example, where traditional post-war relationships are being upended. Much of the European Union—particularly France and Germany—remains distant from both the US and China, turning inward to weather the pandemic.

Despite deep political divides between member-states on issues such as immigration, fiscal policy settings, and the EU’s role in economic governance, European leaders – under German and French cooperation and leadership – came together to agree an extraordinary package of recovery funds for the bloc’s hardest hit countries.

Even so, new divisions have opened in some areas. Italian resentment of the perceived lack of solidarity from the EU’s more frugal member-states has grown, and Italy had already become more hospitable to Chinese investment before the pandemic.

In March 2019 Italy became the first large member-state to join the Belt and Road Initiative. During the worst of the Coronavirus pandemic, it also received sizeable donations of facemasks and respirators from China, as well as medical assistance from Chinese physicians.

ASIA MOVES TO THE CENTRE

Meanwhile, the economic fallout of COVID-19 has accelerated the relative decline of the US as the world’s economic engine. It is also increasing the centrality of Asia—and particularly, of China—to the global economic cycle. According to ANZ Research forecasts, the Chinese economy will grow rapidly in proportion to the US economy, from 67 per cent of US GDP at end-2019 to 75 per cent at end-2021.

This rapid relative increase will result from the expected sharp contraction in the US in 2020, while Chinese output remains broadly stable, followed by a surge in Chinese growth and a less pronounced US rebound in 2021.

The combined effects of the US-China trade war, the global downturn triggered by COVID-19, and the rapid growth of China’s neighbours have reduced the importance of the US consumer market for Asian economies. In the first quarter of 2020, the ASEAN countries surpassed the US as China’s largest customers for the first time, purchasing 16 per cent of Chinese merchandise exports. Only 14 per cent were absorbed by the US market.

This trend is likely to continue in the wake of the COVID-19 pandemic as trade and supply-chains become more regionally concentrated, and as ASEAN recovers more quickly than the US.

Although China’s importance to the global economic cycle will continue to increase, the US dollar and US monetary institutions remain central to the global financial cycle.

The drivers of global recovery from the 2008 global financial crisis were USD liquidity (supplied by the US Federal Reserve) and Chinese growth.

The same may well prove to be true of the current crisis, particularly as China has emerged first from the pandemic and is likely to help lead a global demand recovery. 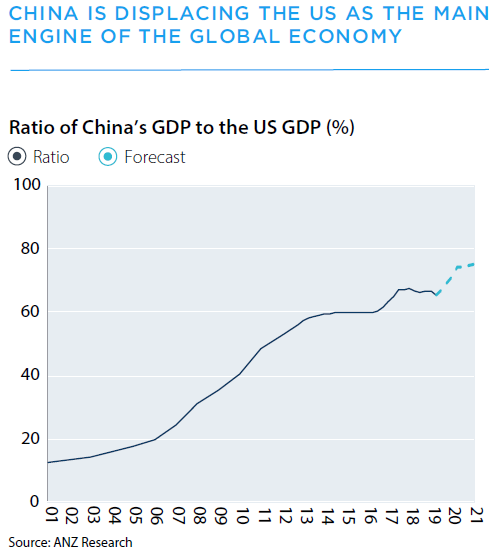 Meanwhile, the extraordinary volume of liquidity made available by the Fed has helped ease global financial conditions, allowing some emerging-market countries to loosen monetary policy significantly and some to even implement quantitative easing.

In the Asia-Pacific region, Indonesia and India are notable examples. The monetary authorities in these emerging markets have joined those in Japan, Australia, and New Zealand in making sizeable asset purchases.

This is an important structural improvement in Asia’s available policy toolkit.

THE RELATIVE STRENGTH OF DOMESTIC POLITICS IN ASIA-PACIFIC

Domestic political instability may come to the fore in many economies after the most acute phase of the pandemic has passed. In the US, a double-digit unemployment rate, a death toll of over 100,000, and unrest in many major American cities have cast doubt on President Trump’s reelection prospects.

In the UK, a less than stellar response to the crisis has shaken confidence in the government of Boris Johnson. Even in Italy, where the independent prime minister, Giuseppe Conte, enjoys a high approval rating by domestic standards, Covid-19 has increased the likelihood that the government collapses and is replaced by a national unity government.

But in many Asian countries domestic pressures are far less pronounced. In Korea, Singapore, Hong Kong and Vietnam, for instance, the response to the virus often has been more competent and the economic shutdowns much less broadbased than seen in many advanced economies.

Similarly, leaders in New Zealand and Australia have seen approval ratings rise strongly on the back of massive stimulus programs and effective efforts to contain Covid-19.

ASIA ASCENDANT IN THE POST-COVID WORLD

The Coronavirus pandemic is accelerating regional geopolitical and economic trends already well under way in Asia-Pacific. Geopolitical competition between the US and China will increase the complexity of the business environment in countries trying to balance their relations with the two powers.

The relative importance of the US to the global economy will decline further, as Chinese output will be more resilient – and bounce back faster – in the wake of Covid-19. While the Federal Reserve still drives the global financial cycle, looser US monetary policy has broadened the range of policy tools available to Asian central banks.

Political leaders in Asia likely will pay less of a political price than in the US and many European countries given their generally more robust public health and economic responses to the pandemic.