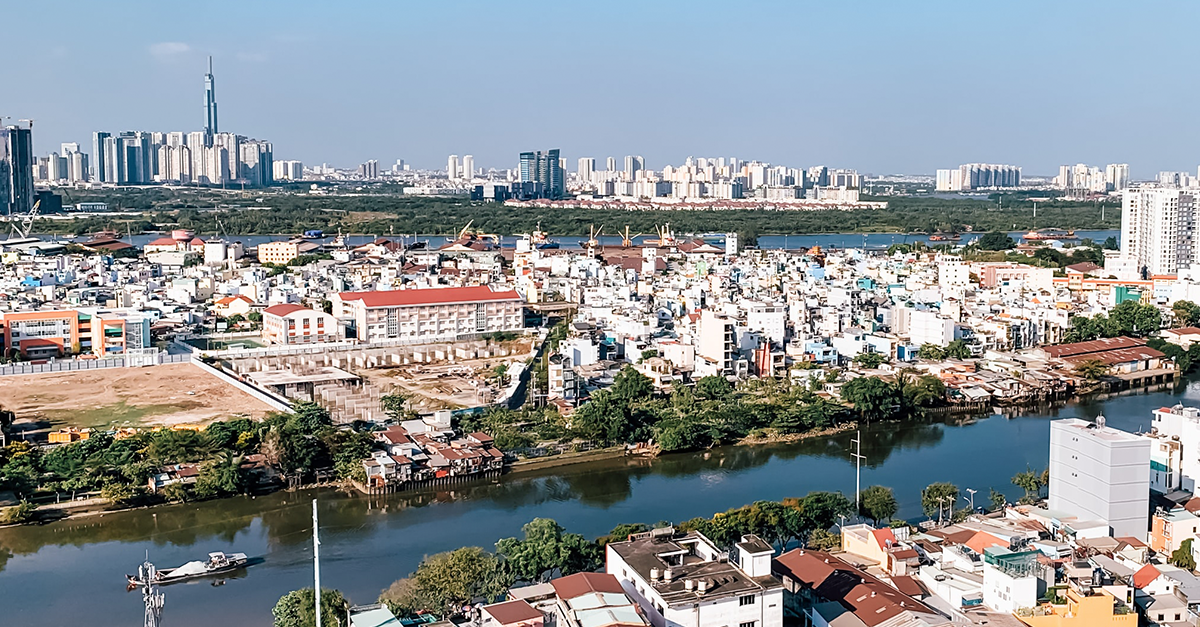 The economic promise of the CLMV group of economies – comprising of Cambodia, Lao PDR, Myanmar and Vietnam – is undeniable. With the right kind of policy mix, these economies have the opportunity to reshape themselves in a way that will drive future growth.

The three key areas through which the region can lift its economic growth performance are foreign direct investment, human capital and infrastructure development.

An improvement in these areas can positively impact the long-term economic performance of the CLMV economies, lifting their per capita GDP growth as much as 1.4 percentage points higher per year.

Such improvement can also help achieve important economic ends, such as enhancing CLMV participation in the global trade of tech-intensive goods, which have delivered rapid economic gains to several Asian economies even in the face of a pandemic-led crisis.

The role of public policy in driving economic factors has a direct bearing on productivity growth. It has become pivotal in explaining the variation in economic growth and development in economies across the world.

To capture the multi-faceted nature of governance, ANZ Research constructed a Governance Indicator (GI) index using a number of indicators from the World Bank’s database, including government effectiveness, political stability and regulatory quality.

The average index was then rescaled between zero and 10, 10 being the highest possible score. The model aims to give a sense of the impact reform can have on real per capita income growth, which is our proxy for productivity growth.

The GI has a strong positive influence on real per-capita income growth. The model suggests if the GIs for Cambodia, Lao PDR, and Myanmar converge to the ASEAN-4’s 2019 average, yearly per capita income growth could rise by a full percentage point for Cambodia and Lao, and by 1.4 points for Myanmar, all else equal.

Since Vietnam already fares well among CLMV, it was compared with Malaysia, which has the best GI in the sample. ANZ Research estimates Vietnam can add 0.8 percentage points to its annual productivity growth if its GI converges to Malaysia’s 2019 index.

FDI is of great economic importance for CLMV. Such inflows supplement the region’s capital stock and bring in foreign production technologies. The quality of governance drives FDI by influencing foreign investors’ expectations of returns on their investments and broader stability of the economy.

In fact, the role of governance in driving FDI inflows was found to be stronger than realised GDP growth. This is likely because FDI flows into developing markets are often predicated on their expected future growth. Improvement in governance positively impacts the potential growth of an economy.

In the CLMV region, the role of focussed and effective government policy in driving FDI inflows is illustrated well by Vietnam. Vietnam’s government has made concerted efforts over the last two decades to join nearly twenty free trade agreements (FTAs), enticing global businesses to benefit from its wide market access. These FTAs have in turn helped the government anchor some deep reforms domestically to improve the ease of doing business over the years.

Policymakers have especially focussed on reducing the barriers to trade, both tariff and non-tariff, to signal that Vietnam is open to foreign businesses. As a result, Vietnam receives massive FDI inflows every year from countries like China, South Korea and Japan, which are important trading partners via FTAs, and have helped Vietnam ascend as an important hub for foreign trade in the region.

The quality of policy acquires an even larger role in augmenting human capital in CLMV, given the region’s relatively early stage of economic development. ANZ Research has found the prevalence of malnutrition, an important health indicator that determines labour productivity, is negatively correlated with GI. On the other hand, the GI is strongly positively correlated to education indicators, such as tertiary school enrolment.

To add perspective, the model indicates a unit increase in GI can cut the prevalence of malnutrition in the sample by as much as 3 per cent, all else equal. This impact of improved quality of governance is larger than that of realised economic growth by ANZ Research’s estimates, which is similar to the findings for FDI.

This is perhaps due to the outsized role of policy in ensuring access and affordability of health and education in developing countries. It also highlights that rapid GDP growth by itself does not ensure equitable development outcomes.

Vietnam is an example worth emulating on how good governance can give the much needed thrust to human capital development. Its government spending on education far exceeds that of other countries in CLMV, and so do its metrics on educational participation, right up to the tertiary level of schooling.

This attribute has been a key enabler for Vietnam that has allowed it to participate in the global supply chain of technology-related goods. FDI into this sector would not have occurred in the absence of such a workforce.

A general lack of private-sector capacity in developing countries translates into a greater role for policy in building infrastructure to facilitate and boost economic activity. Thus, the effectiveness of government expenditure on infrastructure and its efficient management becomes important for productivity growth.

Productivity benefits due to improved infrastructure are usually attributed to lower trade costs, which in turn are known to enhance the export potential of the economy.

To validate this, ANZ Research compared its GI with the World Bank’s Quality of Port Infrastructure (QPI) index, which captures the perception of port infrastructure among businesses of a country. The tight positive correlation between the two is quite evident.

Further, a higher QPI index is invariably linked to a greater share of world exports, revealing the role of governance in stimulating foreign trade via infrastructural improvements.

From the perspective of the CLMV economies, removing infrastructural bottlenecks is clearly essential to enhance their foreign trade.

Governance reforms also become a means to important economic ends. One such aspect is enhancing the participation of CLMV economies in the global trade of tech-intensive goods, the need for which has become apparent from the recent pandemic-led crisis.

The tech-heavy economies of Asia have seen their growth rebound more firmly, supported by an upturn in the global technology cycle in the aftermath of the COVID-19 crisis. However, Vietnam is the only economy in the CLMV group with a significant exposure to exports of such goods, although the trends have been positive overall.

All else unchanged, a higher export-to import ratio (proxy for value addition to exports) for primary and low-tech goods has a negative effect on per capita income growth, while the same due to high-tech goods is much larger and positive.

The potential role of policy in enhancing CLMV participation in foreign trade of tech-intensive goods becomes clear once we profile the key factors that have enabled Vietnam’s rise to an exporting hub of such items in recent years.

Vietnam’s protracted thrust in human capital via high public spending on education has created a skilled workforce at low cost for foreign firms. Vietnam’s government, at the same time, has undertaken external and domestic sector reforms to open up its economy to foreign businesses and FDI by lowering trade barriers, ramping up investment in physical infrastructure, securing FTAs, and improving the ease of doing business.

In brief, many years of multifaceted improvements in Vietnam’s governance and public policy underpin its export success of recent years. Nevertheless, even for Vietnam, there is still ample scope to accrue greater productivity benefits by further improving the quality of governance.

Dhiraj Nim is FX Analyst and Khoon Goh is Head of Asia Research, Institutional at ANZ

This story is an edited version of ANZ Research report. You can read the original report HERE.

For corporate bonds, volatility is here to stay