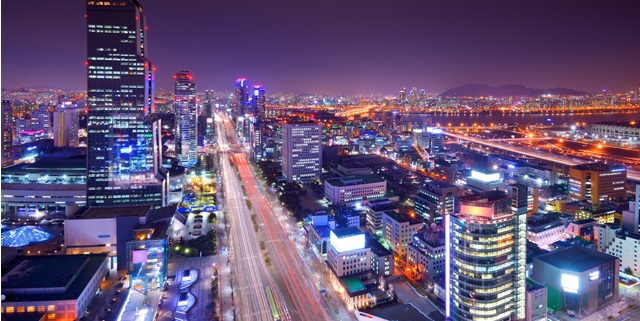 In an alternate universe, Asia’s emerging economies transformed themselves in the wake of the global financial crisis into the engine of global growth, fuelled by surging domestic demand on the back of rapid regional development. The opportunity was there and it was seized.

In reality, growth in Asia’s domestic demand is now weaker than at any time since the global financial crisis. So who – or what – is to blame? Is Asia’s business model at the heart of the missed opportunity?

Trade is central. The trade slowdown in 2015 was deeper than what is occurring now but falling prices account for almost all of that difference. Prices are more likely to affect margins - sustained shifts in volume represent a more significant challenge.

Those changes in the global trade environment are beginning to harden. And that is leading to both a relocation of global value chains and an adjustment in business models.

The shift to a less-globalised export environment has been occurring for a decade. The ratio of global trade to GDP peaked in 2008 and has flatlined since. The supply of trade finance, which before the crisis was largely unconstrained, has been a key driver of this adjustment.

In the International Chamber of Commerce’s 2018 trade finance survey, 90 per cent of banks nominated Basel III, anti-money laundering regulations and sanctions as impediments to trade finance.

The European Union currently has a record number of countries on its sanctions list. But it has also shifted away from blunt trade embargoes towards more targeted measures such as asset freezes and visa bans on individuals and companies.

Since 2010 the US has typically added around 600 entities annually to its sanctions list. That is a meaningful step up from the past. But in 2018, it added 1,500 entities – three years in one. The US list now comprises 8755 entities in total.

The result is that foreign claims by Bank for International Settlements banks – a proxy for trade finance - have been flat for the past decade. The hyperglobalised value chains that developed before the financial crisis can no longer be financed as easily.

As well as trade, Asia has relied on adding human and financial capital to sustain economic growth.

But the Asian demographic dividend peaked around the financial crisis. It’s no coincidence Asia’s outperformance against advanced economies also peaked at that time. Several Asian economies – representing about half the Asian population – are now recording a decline in the number of people of working age.

While it is possible to increase the quality of human capital, Asia doesn’t seem to have much capacity left in that area.

Six of the top 10 OECD Programme for International Student Assessment test scores are from Asian economies, including China.

Since the 1950s, Asia has achieved the largest gains in human survival rates, adding nearly 30 years to life expectancy at birth. The region’s average life expectancy is now 73 years. Europe’s is 78. There is still a five-year gap but between 1950 and 1955 the gap was 21 years. Future gains are possible but they would be modest.

China is attempting to transform its financial system so the private sector sources credit through the formal system rather than shadow banks.

Banks in India are restricting lending to conserve capital in the face of a crisis in non-performing loans. In Indonesia, a sharp narrowing in banks’ net interest margins is constraining lending, as banks try and rebuild capital after being pressured to absorb previous rate hikes.

While it may be possible to ultimately resolve these impairments, they are likely to continue to constrain the provision of credit in Asia’s three largest economies for at least the next year or more. Indonesia’s financial plumbing issues seem the most resolvable, and China’s the most vexing.

Not only does Asia remain reliant on trade to drive much of its economic growth but domestic challenges leave it poorly placed to deal with the structural trend towards de-globalisation driven by, among other factors, more pervasive sanctions and regulatory regimes.

China and the US may take steps to de-escalate the trade war, but Asia’s domestic challenges suggest growth is likely to remain sub-par over the next few years - at least in this universe. A new business model is needed.