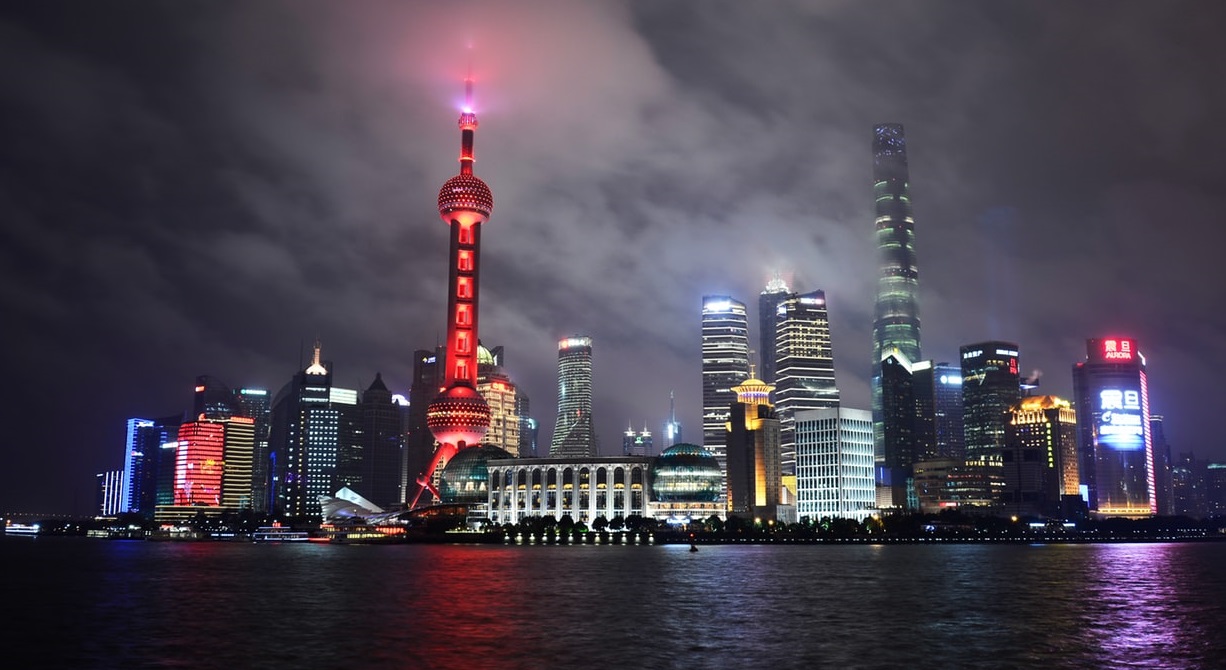 New data suggest the Chinese economy is on track for a gradual recovery. Most economic activities will likely return to normal by the second week of April, according to estimates from ANZ Research.

The current risks facing China are a decline in global demand amid the COVID-19 outbreak and the recent routs in financial markets worldwide. The country’s growth outlook in 2020 will hinge on the intensity of policy stimulus to boost domestic demand.

With the decline in new confirmed Chinese coronavirus cases to 24 on March 10, the outbreak in China is expected to come under control shortly, in ANZ Research’s view. Expect to see the first day of zero new infections very soon. 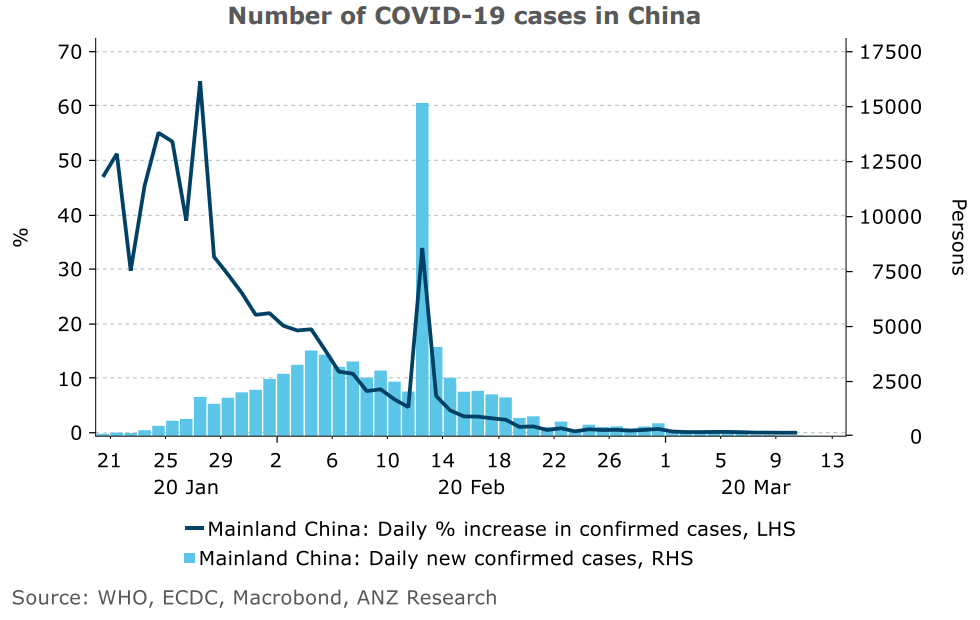 President Xi Jinping’s visit to Wuhan likely signals the government’s confidence the outbreak is now under control. ANZ Research believes lockdown measures will soon be relaxed to some degree.

Although the authorities will continue to be cautious over public health safety measures, people’s daily lives and economic activity will gradually return to normal.

However, the migration of Chinese employees from their hometowns to the cities where they work will still be a gradual process. According to ANZ Research’s gross-domestic-product-weighted Baidu Qianxi (which means migrate) Index, the inflows of people to the bigger cities such as Shanghai and Beijing have been increasing slowly over the past few weeks.

“China’s growth outlook in 2020 will hinge on the intensity of policy stimulus to boost domestic demand.” 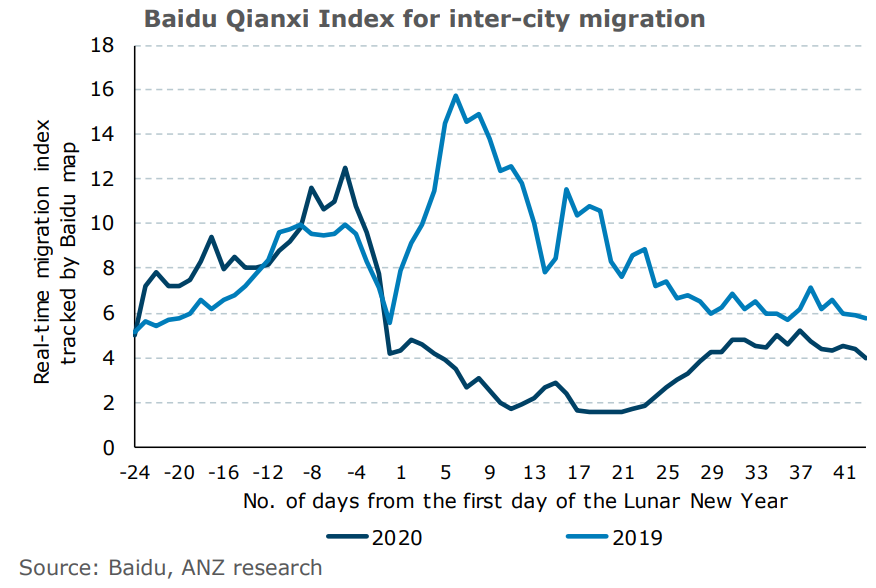 If the authorities decide to ease further restrictions on movements within and between cities, those migration flows will pick up pace. ANZ Research believes the authorities will remain cautious to minimise the risk of another contagion.

It will likely take around three weeks (compared with a mere one week, historically) for all workers to return to their workplaces by the end of March.

It’s worth noting a normalisation in economic activity over the first two weeks of April does not guarantee a sharp v-shaped economic rebound.

The impact on China’s economy in the past two months has been severe. To attain its growth targets over the rest of calendar 2020, China will need to run its factories at above-capacity utilisation rates for a long period to compensate for the void.

An orderly recovery rather than a growth surge is more likely. In addition, the outbreak has now spread to China’s key trading partners, including South Korea, Japan, Europe, and increasingly the US. China will need to brace itself for the challenging growth outlook.

Given the uncertain external demand, China’s growth outlook will be driven by domestic factors to a larger extent than in the past.

At this stage, there are few signs the Chinese government will deliver a huge stimulus plan to boost the economy. ANZ Research believes the government will adopt a targeted approach as they do not want to repeat the side-effects of the massive stimulus package in 2009, such as rapid debt growth and over-capacity issues.

With the US Federal Reserve’s interest rate cut and another possible move on the horizon, there is room for China to follow suit without worrying about depreciation pressure on the yuan. However, ANZ Research believes the People’s Bank of China (PBoC) will be more inclined to address corporate loan rates via adjustments to the loan prime rate (LPR).

Therefore, the next action by the PBoC will likely be a cut in the medium-term lending facility rate, probably in April, and a targeted RRR cut based on the annual dynamic assessment of inclusive financing in March.

The resumption of work across Chinese cities is underway. According to government data, large industrial enterprises in most provinces have already achieved work resumption rates of at least 90 per cent.

In provinces with high GDP growth, such as Guangdong, Zhejiang, and Jiangsu, the work resumption rates of industrial firms above a designated size have reached higher than 95 per cent.

White-collar employees have returned to work this week in major cities. ANZ Research expects blue-collar workers will return and complete health quarantine requirement by the first week of April.

Labour constraints should disappear by the first week of April. Assuming it takes one week for port clearance and inventory adjustments, Chinese factory production capacity will likely be normalised by the second week. China’s industrial sector is on the path of a gradual recovery. This is a proxy for the recovery of the manufacturing industry.

Assuming some time is required for supply chain adjustments across the country, including the shipping of materials and parts, China’s manufacturing sector will likely return to normal by the second week of April.

On the other hand, the recovery in the services industry will vary across different segments.

Given the economic and financial uncertainty, the rebound in this sector will likely be less dramatic than the industrial sector. Businesses that require human interactions will also be constrained by health safety measures.

Since the government will still be wary of another contagion, retail, restaurants and event-related activities will still be subdued in the near term.

Overall, the services industry will likely return to normal by mid-April, assuming that there are no further outbreaks in the next few weeks.

The end of OPEC+?

The commitment that makes ANZ #1 in Asia